EU and UK impose sanctions on Russia for Navalny poisoning 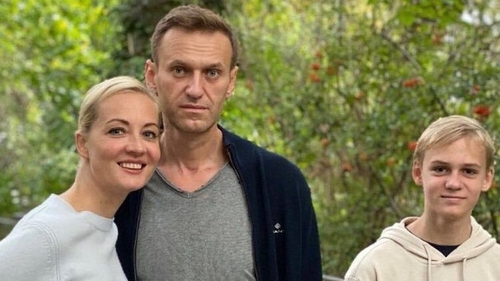 On August 20, Alexei Navalny became violently ill on a flight to Moscow from Tomsk, where he had been campaigning in advance of Russia’s local and regional elections. After an emergency landing in Omsk, he was hospitalized and put in a medically-induced coma and on a ventilator. The Omsk doctors rejected pleas for him to be transferred to a hospital where he could be properly diagnosed and treated. But after German Chancellor Angela Merkel and French President Emmanuel Macron urged Russian President Vladimir Putin to allow him to be transferred to a hospital that could diagnose the problem and treat him, German doctors were allowed to examine him and, after determining that he could be transported, arrange for him to be flown on August 22 to Berlin, where he could be treated at the Charité research hospital.

On August 24, Merkel and Foreign Minister Heiko Maas announced that, “according to the Charité medical team, clinical findings indicate that Alexei Navalny was poisoned.” On September 2, the German government announced that tests conducted by a military lab in Munich found “unequivocal proof of a chemical nerve agent from the Novichok group.” Novichok is the name of a family of chemical weapons developed by the U.S.S.R. and banned by the 1997 Chemical Weapons Convention. A nerve agent from that group was used by officers of Russia’s GRU (military intelligence)  to poison Sergei Skripal, a former GRU officer who had been a double agent for British intelligence, and his daughter in Salisbury in March 2018.

After learning what the German lab found, Merkel said, “Alexei Navalny is a victim of a crime. It was an attempt to silence him. I condemn this in the strongest possible terms on behalf of the entire German government. There are very serious questions now that only the Russian government can answer and must answer….The crime against Alexei Navalny was aimed at the fundamental values and rights for which we stand.” Germany announced it intended to discuss the matter in both the EU and NATO and would notify the Organisation for the Prohibition of Chemical Weapons (OPCW) of the lab findings.

Meeting as the European Council on October 1-2, the EU leaders condemned the assassination attempt, said the use of a chemical weapon constitutes a serious breach of international law, called upon Russia to fully cooperate with the OPCW to ensure there would be an impartial international investigation and that those responsible for the poisoning would be brought to justice, and said they would return to the matter at today’s European Council meeting. On October 6, the OPCW confirmed the German analysis. The next day Maas and French Foreign Minister Jean-Yves Le Drian issued a joint statement in which they said “there is no other plausible explanation for Mr. Navalny’s poisoning than a Russian involvement and responsibility” and said they would share with the other EU member states proposals for additional sanctions that “will target individuals we consider responsible for this crime and violation of international norms, based on their official function, as well as an entity implicated in the Novichok programme.”

On Monday, the EU foreign ministers, meeting as the Foreign Affairs Council, agreed unanimously to impose sanctions consisting of asset freezes and travel bans on a number of Russian officials who are part of the presidential administration or security apparatus as well as an asset freeze on the entity that is responsible for the storage and destruction of chemical warfare agents. After the necessary documents had been prepared, yesterday the Council formally imposed the restrictive measures against six individuals and the entity the EU concluded were involved in the assassination attempt. They join the nine individuals and one entity sanctioned as a result of the Skripal poisoning. In announcing the sanctions today, the EU said, “It is reasonable to conclude that the poisoning of Alexei Navalny was only possible with the consent of the Presidential Executive Office.” And, it said, “taking into account that Alexei Navalny was under surveillance at the time of his poisoning, it is reasonable to conclude that the poisoning was only possible with the involvement of the Federal Security Service.” The FSB is the principal internal security agency in Russia, the successor to the internal section of the former KGB.

The UK, which acted in coordination with the EU on the issue, announced it has imposed sanctions on the same six Russian officials. The Foreign Office said, “The UK and its partners have agreed that there is no plausible explanation for Mr. Navalny’s poisoning, other than Russian involvement and responsibility.” Foreign Secretary Dominic Raab said, “ Any use of chemical weapons by the Russian state violates international law. We are determined to hold those responsible to account.”