Five Yale faculty members have been awarded book prizes by the Whitney and Betty MacMillan Center for International and Area Studies at Yale.

Two faculty members received the Gustav Ranis International Book Prize for best book: Alice Kaplan, the John M. Musser Professor of French, for “Looking for the Stranger: Albert Camus and the Life of a Literary Classic” (The University of Chicago Press, 2016) and Kishwar Rizvi, associate professor in the history of art, for “The Transnational Mosque: Architecture and Historical Memory in the Contemporary Middle East” (The University of North Carolina Press, 2015). 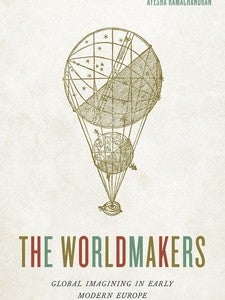 In “The Worldmakers,” Ramachandran reconstructs the imaginative struggles of early modern artists, philosophers, and writers to make sense of something that we take for granted: the world, imagined as a whole. It moves beyond histories of globalization to explore how “the world” itself was self-consciously shaped by human agents. Gathering an international cast of characters, from Dutch cartographers and French philosophers to Portuguese and English poets, Ramachandran describes a history of firsts: the first world atlas, the first global epic, the first modern attempt to develop a systematic natural philosophy — all part of an effort by early modern thinkers to capture “the world” on the page. 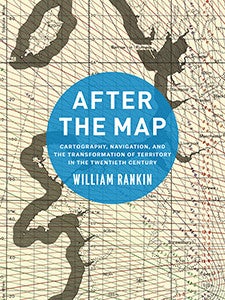 In “After the Map,” Rankin argues that while a shift in mapping practices at the end of the 20th century did not render traditional maps obsolete, it did radically change our experience of geographic knowledge, from the God’s-eye view of the map to the embedded subjectivity of GPS. Likewise, older concerns with geographic truth and objectivity have been upstaged by a new emphasis on simplicity, reliability, and convenience. “After the Map” shows how this change in geographic perspective is ultimately a transformation of the nature of territory, both social and political. 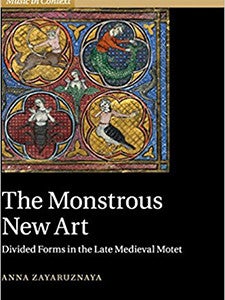 In “The Monstrous New Art,” Zayaruznaya explores the musical ramifications of chimeras, centaurs, and other strange creatures in the works of composers Guillaume de Machaut, Philippe de Vitry, and their contemporaries. Aligning the larger forms of motets with the broad sacred and secular themes of their texts, Zayaruznaya shows how monstrous or hybrid exempla are musically sculpted by rhythmic and textural means. She casts a new light on medieval modes of musical representation, with profound implications for broader disciplinary narratives about the history of text-music relations, the emergence of musical unity, and the ontology of the musical work.

n “Looking for The Stranger,” Kaplan tells the story of how a young man in his 20s who had never written a novel turned out a masterpiece that still grips readers more than 70 years later. In the process, she reveals Camus’s achievement to have been even more impressive — and more unlikely — than even his most devoted readers knew. 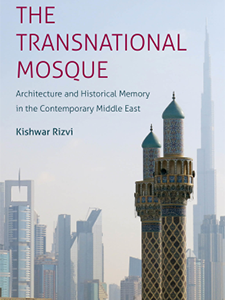 In “The Transnational Mosque,” Rizvi offers a richly illustrated analysis of the role of transnational mosques in the construction of contemporary Muslim identity. As she explains, transnational mosques are structures built through the support of both government sponsorship, whether in the home country or abroad, and diverse transnational networks. Rizvi shows that mosques reveal alliances and contests for influence among multinational corporations, nations, and communities of belief, and her work demonstrates how the built environment is a critical resource for understanding culture and politics in the contemporary Middle East and the Islamic world.
The Whitney and Betty MacMillan Center for International and Area Studies at Yale is the University’s focal point for promoting teaching and research on all aspects of international affairs, societies, and cultures around the world.