Refugees and regimes of inclusion 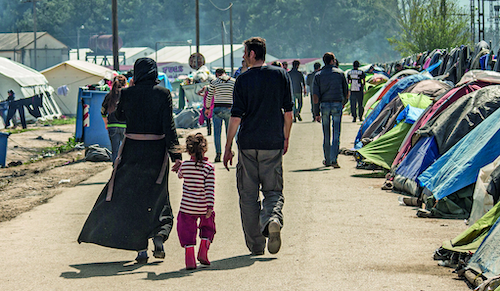 For a brief period in 2015, the plight of refugees fleeing conflicts in the Middle East seized the world’s attention. The media covered droves of desperate people crossing the Mediterranean in dinghies and makeshift boats. A heart-breaking photograph of a drowned Syrian toddler, who died while his family attempted to reach Europe in an inflatable boat, made frontpages and newscasts across the globe.

The spotlight on refugees quickly faded, but the crisis grinds on.

In September 2019, anthropologists who study refugee communities in various Middle Eastern, European, and North American settings gathered at Yale for a conference hosted by the MacMillan Center for International and Area Studies; the Council on Middle East Studies; the Program on Refugees, Forced Displacement, and Humanitarian Responses; and the Department of Anthropology. A new book that emerged from the conference, “Un-Settling Middle Eastern Refugees” (Berghahn Books), draws on participants’ ethnographic research to describe the experiences, positive and negative, of those who have fled violence in Afghanistan, Iraq, and Syria, as well as other conflicts in the region.

Yale anthropologist Marcia C. Inhorn co-edited the volume and contributed to a recent special issue of the journal Anthropology of the Middle East devoted to work about displaced populations.

Inhorn, William K. Lanman Jr. Professor of Anthropology and International Affairs in the Faculty of Arts and Sciences, recently spoke with YaleNews about the two publications. Interview condensed and edited.

What motivated you and your colleagues to publish the book and special issue?

First, we hope to bring some renewed attention to the Middle East refugee crisis. There are 26 million refugees and 80 million forcibly displaced people in the world, and the majority are from the Middle East. It’s a serious problem and one we’re not close to solving. I think Westerners have grown tired of it, but we need to pay attention to it as Western nations, including the United States, which played a major role in causing the crisis.

Another purpose of the book is to simply take stock of how refugees are faring. What are they doing to promote their own cause? How are people in host countries receiving those efforts? How are hosts also doing that kind of work?

One of the more positive messages of this book is that, while there are many countries that have not been welcoming to refugees — we’re calling those “regimes of exclusion” — there also are a lot of places that have tried in various ways to be inclusive of refugees. We tried to highlight the fact that refugees themselves are demanding their welcome, and in some sense, have been active agents in what we’re calling “regimes of inclusion.”

What are some examples of the positive stories described in the book?

My colleague, Lucia Volk, who co-edited the book with me, documented a protest camp that Syrian refugees started in Dortmund, a city in northwest Germany, to advocate for their rights. They protested delays in having their asylum claims addressed. Local officials were helpful, informing the protesters of the rules concerning the provision of tents, food, and portable toilets. The whole town rallied as they set up this camp and demanded faster processing of asylum claims. The protest lasted for more than 50 days, and it had an impact.

Another colleague shows that Canadian health officials have set up initiatives within the country’s national health care system to help address the needs of displaced migrants and refugees. There are positive examples like that around the world.

Several chapters describe instances of refugees caring for other refugees. For example, my Yale colleague Zareena Grewal documented a case in which established refugee communities in Greece created organizations that sort of function as local non-governmental agencies that help newly arriving refugees get settled. Those who have lived in Greece and gotten more comfortable with the language and culture have made efforts to assist their fellow refugees. It’s an uplifting story amid the wider crisis. 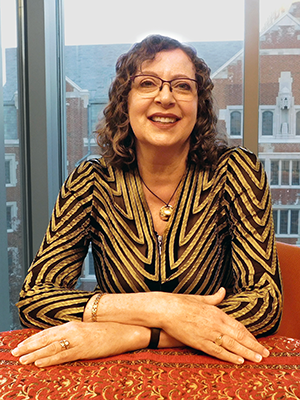 You contributed a chapter to the book devoted to your work with refugee communities in Michigan. What did your fieldwork involve?

I did a five-year study in the Detroit area, working mostly with refugees of the Lebanese Civil War but also Iraqi refugees. A lot of Middle Eastern refugees were placed in Detroit and its suburbs because it’s the country’s largest Arab ethnic enclave, but a lot of refugees who initially were sent to other states ended up moving there in what’s called secondary migration. The Detroit area offered them community that didn’t exist in those other locations.

Quite honestly, it’s an impoverished population. Michigan itself has struggled. The auto industry has suffered through the years. And the 2008 financial crisis hit the state and city very hard. Detroit was in Chapter 13 bankruptcy by 2013. Yet, it’s taken in more than its fair share of displaced people from the Middle East.

I interviewed more than 100 Arabs who had fled either from Lebanon during its 15-year civil war or from Iraq during the two most recent wars there. The people I spoke to are struggling. I particularly focused on their health issues. I’m a medical anthropologist interested in reproductive health issues, the legacy of war, the things that happen to people during war, how people get hurt, and how their reproductive health gets affected. I published a book, “America’s Arab Refugees: Vulnerability and Health on the Margins” (Stanford University Press), that follows refugees in Detroit suffering reproductive health problems requiring in vitro fertilization.

What responsibility do the United States and other Western countries bear in addressing the refugee crisis?

It’s very important to consider the United States’ role in creating the crisis. It invaded Iraq twice: once in 1991 and again in 2003. It maintains a military presence in Iraq to this day. We’re just now ending a 20-year war in Afghanistan. The United States is involved militarily in Syria. Each of these interventions is a major driver of the refugee crisis.

Unless you’re in a military family and had loved ones deployed to Iraq or Afghanistan, most Americans don’t want to think about the fallout of these wars. The book, in some part, is trying to argue that the United States and the West in general needs to care more about refugees because it has been very involved in a lot of the devastating violence in this region. We have a responsibility to help those who were displaced by that violence.

What sort of welcome has New Haven extended to its refugee population?

New Haven is an exceptional example of a welcoming community for refugees. We have a great refugee agency here in IRIS. People across Yale, including at the law school and medical school, have done wonderful work on behalf of refugees. Local religious organizations do great work serving refugees. There are Sanctuary Kitchen and Havenly Treats, which employ refugee women in food-related enterprises. Despite the many hardships facing New Haven, the city has an inclusive spirit that we all benefit from.