Squaring off again in the Himalayan heights 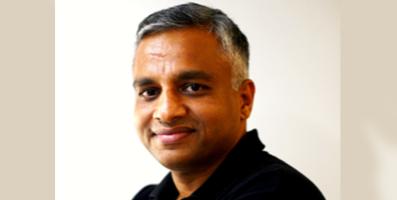 The following article written by Sushant Singh, the Henry Hart Rice Lecturer at the MacMillan Center, appeared in The Hindu on October 22:

Beijing seems to have taken the Modi prescription of 2014, of ‘Inch towards miles’ , rather literally on the disputed border

The winter is setting in in the icy cold deserts of Ladakh and there is no respite for Indian and Chinese soldiers who will remain deployed against each other. Even if it is a period of calm at the tactical level, the rarefied atmosphere, low temperatures and high altitude take theirtoll on both men and materiel. In the last 10 months, the Chinese Western Theatre Command has seen four commanders, two of them — Generals Zhang Xudong and Xu Qiling, both ‘ rising stars’ of the People’s Liberation Army (PLA) — moved out for serious health issues.

An aggressive focus on India

This ought to have raised wider concerns in the PLA about the health and well-being of its men in the theatre, leading to quick deinduction of its forces from eastern Ladakh. However, going by the obstinate Chinese stance in recent weeks, the PLA seems singularly uninterested in ending the prolonged deployment. The verbal attacks have been matched by massive infrastructure construction, induction of a large quantity of modern equipment, and a sharp increase in the number of military exercises directed towards India. These actions are not limited to Ladakh but have also been initiated in the middle and eastern sectors of the 3,488-kilometre long Line of Actual Control (LAC).

The PLA incursion into Barahoti in Uttarakhand in August was a significant pointerto the renewed Chinese aggression against India. Even though Barahoti is a disputed area between the two sides, it has been a demilitarised zone. No persons in uniform enterthe area. This was violated when PLA soldiers came deep into Indian territory in uniform and damaged some infrastructure. The forays of Chinese patrols in Arunachal Pradesh have also increased in frequency and duration, denoting the PLA’s intention to keep the Indian military under pressure. Such hostility carries the risk of triggering an unintended escalation, as was the case after 200 PLA soldiers were stopped by an Indian patrol in Arunachal Pradesh’s Tawang earlierthis month.

Western scholars with Chinese connections point to two major drivers forthe PLA’s aggressive approach against India. The first is its institutional interest as the ‘ army of the revolution’ which is now losing its primacy to the PLA Air Force and PLA Navy when it comes to Taiwan orthe South China Sea. With China having resolved its boundary disputes with most countries, the only major adversary available forthe PLA to reassert its importance is India. Even under President Xi Jinping, the PLA remains a major actorin the Chinese political system and can promote actions that furtherits institutional interests.

The second driveris the PLA’s view that the Indian military has been registering a greater presence on “Chinese territory”in the border areas in the last 10-12 years. Afterthe United Progressive Alliance government decided to build infrastructure and raise additional forces forthe China border, a larger number of Indian patrols have been going more frequently into areas which they would rarely, if ever, visit. The Doklam stand-off of 2017, when Indian soldiers walked onto Bhutanese territory claimed by China, was a turning point in the PLA’s appreciation of Indian designs,reinforcing its apprehensions about territorial losses. Western scholars say that there is a strong constituency in the PLA that wants to put India in its place, evoking an eerie parallel to the discourse in Mao’s China after 1959.

In response to the PLA’s actions on the LAC, the Indian military has also inducted more modern military platforms and systems on the China border which has been backed by infrastructure construction. Despite these accretions, the quantitive and qualitative asymmetry with the Chinese has widened in the past 20 months. SeniorIndian commanders hope that this gap can be offset to some extent by the vast operational experience of Indian troops in hostile climactic and terrain conditions butrecognise the very formidable nature of Chinese challenge.

The Indian military always maintained a defensive deterrence against the PLA which worked for nearly three decades before breaking down completely in 2020. The new troop deployments and equipment inductions, along with infrastructure creation — showcased extensively to the Indian media — are trying to reconstruct that deterrence. India’s advantage in dissuading a major military conflict with China is that as a lesser power, it has to only deny an outright military victory to the PLA forthe top Chinese leadership to lose face. Only time will tell whetherthis reconstructed deterrent will work forIndia but a lot will depend on factors that are beyond the remit of the Indian military.

The foremost among them is the sharp decline in the Indian economy after demonetisation, further battered by the Government’s poor handling of the novel coronavirus pandemic. It means that New Delhi is unable to generate enough resources for military modernisation. Ashley Tellis had calculated in 2016 that the Indian Air Force (IAF) would need about 60 fighterjet squadrons by 2020 for a serious two-front threat from China and Pakistan but is down to 30 and losing numbers sharply. The Indian Navy Chief’s pleas for another aircraft carrier have been rebuffed for want of funds. The parliamentary standing committee on defence has repeatedly warned about the abnormally high share of vintage equipment in the Indian Army’s profile. So rapidly is the technological asymmetry with the PLA increasing, that in a few years it is feared that India and China will be fighting two different generations of war.

The second factoris the increasingly divisive majoritarian politics practised by the ruling party that has left India vulnerable. The ruling ideology has also held captive the country’s foreign policy in the neighbourhood, adversely affecting Indian interests. The United Arab Emirates-brokered backchannel deal with Pakistan fell through apparently because of New Delhi’s policies in Kashmir,reactivating the challenge of a two-front collusive military threat. The ceasefire on the Line of Control is barely holding up, with infiltration from the Pakistani side adding to the local Kashmiri youth willing to pick up the gun, opening another half-front forthe military. The recent fracas with Bangladesh on the treatment ofreligious minorities orthe ongoing turmoil overthe influx of Myanmarrefugees in Mizoram has left India, internally unbalanced, weakerin the region to deal with China. The third is the geopolitics arising out of the great power competition in the Indo-Pacific. Many strategic commentators Marginal increase in Chinese patrolling in eastern sector across LAC: ALSO READ Army strengthens fire power along LAC including Tawang ALSO READ Army trains officers along LAC in Tibetology in India had pinned their hopes on the externalrebalancing via the Quad (India, the United States, Australia, Japan) but the grouping does not have a ‘hard power’ agenda yet. Thatrole seems to have devolved upon the AUKUS (the trilateral security pact between Australia, the United Kingdom and the United States). Closerties between Washington DC and New Delhi, short of an alliance, leave the questions of actual support during a Sino-India military crisis unanswered. With the Chinese border assertions, is it now that India needs the U.S. more than the U.S. needs India?

Finally, the lack of institutional checks and balances on the political executive, which imposes an even bigger cost in decision-making on national security issues. In the Ladakh border crisis, the Government and its supporters were in denial about the Chinese ingress into Indian territory for months, including the Prime Minister’s statement that no one had entered Indian territory. Use of euphemisms like ‘friction points’ for places of Chinese ingress orthe removal of an officialreport about Chinese presence across the LAC from the Defence Ministry’s website or nonacknowledgement of Indian soldiers in Chinese captivity afterthe Galwan clash have been done to evade political accountability. Parliament has not been allowed to ask questions or seek clarifications; nor has the parliamentary standing committee deliberated upon the issue. Large sections of Indian media have been complicit in this cover up, keeping the public in the dark and blocking the feedback loop that keeps democratic governments honest and responsive. The costs and consequences of a government taking decisions after buying its own spin on national security issues will be inconceivable forIndia.

The amplitude of New Delhi’s stance on the Sino-India border crisis in the last 20 months has oscillated between denial and bluster. Dampening the oscillations, New Delhi’s avowed aim is to restore the status quo on the LAC in Ladakh that existed before May 2020. That has not happened so far. In areas of disengagement, a new status quo has been created which curtails Indian patrolling rights while the PLA remains ensconced on Indian territory in Depsang, Hot Springs and Demchok. Having publicly rebuffed Prime Minister Narendra Modi’s 2015 offerto delineate the LAC, Beijing seems to have taken his 2014 prescription of ‘Inch towards miles’ratherliterally on the disputed border. India now has no choice but to be prepared for all eventualities on the Sino-India border.