Why Ukrainians are prepared to fight 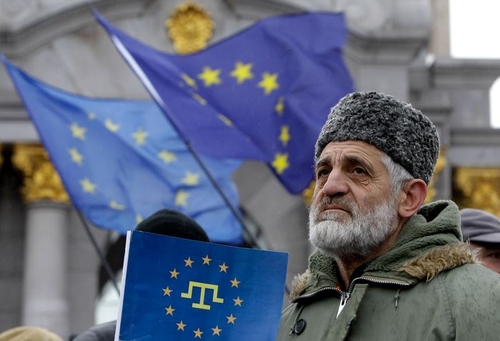 A few weeks earlier, as Vladimir Putin  was ostentatiously amassing troops on the border, I had sent an email to two journalist friends in Kyiv.

“We’re always mobilized,” one wrote back, “and ready to work, whatever comes.”

These women are still young, yet between them they have covered war and revolution in their own country, Belarus, Egypt and Iraq. Born around the time of the 1986 Chernobyl disaster, they come from a country that has been through a lot. During World War I, the Bolshevik Revolution and the civil war that followed, Kyiv was occupied by five different armies. In the 1930s, Stalin engineered a famine that killed more than three and a half million Ukrainians. Then came the Great Terror, World War II, Nazi occupation, the Holocaust, ethnic cleansing, mass deportation to the Gulag, nuclear catastrophe. When the U.S.S.R. dissolved in 1991, Russia became its successor state; Ukraine and 13 other constituent Soviet Republics became newly independent states. In Ukraine, years of corruption, gangsterism and oligarchy followed.

“When you experience being with people who are ready to

die for you… it’s a kind of rapture, a wonder at the

possibilities given to man.”

In 2004, the former Soviet republics in the Baltics— Latvia, Estonia and Lithuania —joined both the European Union and NATO. By then it was clear that a Russia ruled by Mr. Putin would resist any attempt by Ukraine (a country with a population more than seven times that of all three Baltic states combined) to follow their path. In that year’s Ukrainian presidential election, the Kremlin supported Viktor Yanukovych —a criminal with robbery convictions, who used election fraud and dioxin poisoning of his chief opponent to claim victory. In protest, thousands of Ukrainian citizens gathered on the Maidan Nezalezhnosti, Kyiv’s Independence Square, in what became known as the Orange Revolution.