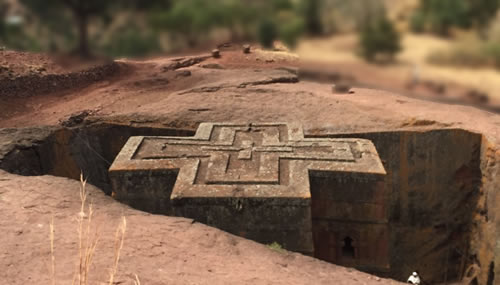 The Yale Religious Freedom and Society Project’s work on issues of freedom and civil society and institutions in Christian and Muslim societies of Africa has been recognized by the Center for Early African Christianity (CEAC) with a generous gift to Yale.

“We are delighted to be partnering with the MacMillan Center on this groundbreaking project,” says Dr. Michael Glerup, Executive Director of CEAC. “We believe the work the Religious Freedom and Society Project is doing will help us with our mission to educate African leadership in the depth of African intellectual literary achievements.”

The Whitney and Betty MacMillan Center for International and Area Studies at Yale will administer the Religious Freedom and Society Project. In the next phase of research, the project will continue to focus on Africa. Its goal is to use critical religious inquiry to examine the connection between freedom of religion and societal wellbeing, and how the flourishing of persons and societies can be promoted on that basis.

The project will host several lectures; organize interdisciplinary workshops, seminars, and conferences on religious freedom and society; offer small grants to support initiatives and activities related to the project and focused on particular areas of inquiry, or in particular regions of interest; produce a series of working papers on selected themes of the project; and create a new web site featuring its work at http://religiousfreedom.yale.edu.

“We are grateful to the Center for Early African Christianity for this generous gift,” said Ian Shapiro, Henry R. Luce Director of the MacMillan Center, and Sterling Professor of Political Science. “Religious identity is one of the most powerful sources of human motivation. By examining the Christian and Muslim societies of Africa, we seek to illuminate identities from multiple disciplinary perspectives, account for their similarities, differences, and resilience, and explore their implications for the study of security and conflict.”

The Religious Freedom and Society Project grew as an initiative of the World Christianity Initiative at Yale launched at the Divinity School in 2008 under the leadership of Lamin Sanneh, the D. Willis James Professor of Missions and World Christianity at Yale Divinity School and Professor of History at Yale University. It has conducted several conferences and workshops in Africa and at Yale, and published The Accra Charter on Religious Freedom and Citizenship in 2012 in French and English.

The project reinforces the MacMillan Center’s role as a hub of interdisciplinary research on contemporary issues of global, institutional, and human import. The center draws its strength by tapping the interests and combining the intellectual resources of the Yale Faculty of Arts and Sciences and Yale’s twelve professional schools. For more information about the MacMillan Center, visit http://macmillan.yale.edu.