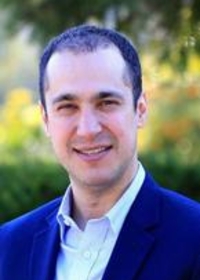 Kaveh Madani is an environmental scientist, educator, and activist, working on complex human-natural systems at the interface of science, policy, and society. He is currently a Rice Senior Fellow at the MacMillan Center for International and Area Studies, affiliated with the Yale Program in Iranian Studies and the Department of Political Science. He is also a Visiting Professor at the Centre for Environmental Policy (CEP) of Imperial College London.

He has previously served as the Deputy Vice President of Iran in his position as the Deputy Head of Iran’s Department of Environment. He has also served as the Vice President of the UN Environment Assembly Bureau and Chief of Iran’s Department of Environment’s International Affairs and Conventions Center. He held different strategic roles during his public service and led Iran’s delegation in different major intergovernmental meetings and negotiations.

Madani has numerous publications with his colleagues and students. He has received several awards and recognitions for his fundamental research contributions, teaching innovations, as well as outreach and humanitarian activities. Among these are the 2012 recognition by the American Society of Civil Engineers (ASCE) as one of the ten New Faces of Civil Engineering, Arne Richter Award for Outstanding Young Scientists by the European Geosciences Union (EGU) in 2016, and the ASCE’s Walter Huber Civil Engineering Research Prize in 2017.

Madani has worked on issues such as water management, environmental policy, energy systems, food security, climate change impacts and adaptation, sustainable development, and transboundary-conflicts and negotiations in North America, Europe, Africa, Asia and Middle East. He has been successful in bridging the gap between academic theory and practice by addressing progressive and socially significant problems and by communicating his findings not only to other researchers and policy makers, but also to the public, in order to raise awareness around key environmental issues. He frequently appears in the media and has been featured in different environmental documentaries.