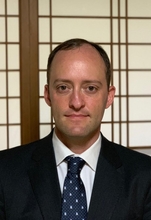 Chinese literature from the Han to Tang dynasties presents a ceaseless ferment of innovation in poetic form, with the ascendance of the rhapsody (fu) evolving rapidly into varieties of lyric (shi) poetry, the latter ultimately coalescing in the intricate poise of “regulated verse” (lü shi). The historical origins and linguistic features of these forms have already been the subject of extensive study, but less so their deeper ideological significance. If it is true that “the limits of my language are the limits of my world,” then one way to delineate and interpret an imaginative world is by examining how the resources of a language are constrained and consummated by poetic form.
This study aims, then, to reinterpret the evolving forms of medieval Chinese poetry in tandem with philosophical and intellectual trends. Both shi and fu forms begin in the Han as loose, extensive forms well-suited to depicting lifelong relationships and imperial ambitions. Along with the assimilation of Buddhism and increasing attention to the unreality of phenomena, these evolve into more concentrated and often impersonal forms. By the sixth century formal complexity appeared to become an end in itself, but in fact innovations in Buddhist thought and practice were already imbuing verse with unforeseen significance.
Nicholas Morrow Williams is associate professor of Chinese literature in the School of Chinese of the University of Hong Kong and editor of Tang Studies. For the past several years he has been occupied with a new translation of the Chuci (Elegies of Chu) anthology, forthcoming from Oxford World Classics, and he is currently contemplating new directions for future research. During the 2019-2020 academic year he is based at Kyoto University, researching the intersection of Buddhist thought and Chinese literary forms in Kūkai’s writings with the support of the Hakuho Japanese Research Fellowship.