Beyond the nine degree programs and other curricular contributions, the MacMillan Center has numerous interdisciplinary faculty councils, centers, committees, initiatives, and programs. These provide opportunities for scholarly research and intellectual innovation and encourage faculty and student interchange for undergraduates as well as graduate and professional students.

The MacMillan Center extracurricular programs deepen and extend this research-teaching nexus of faculty and students at Yale, with more than 700 lectures, conferences, workshops, roundtables, symposia, film, and art events each year. Virtually all of these are open to the community at large. Its annual flagship lectures, the Coca-Cola World Fund Lecture and the George Herbert Walker, Jr. Lecture in International Studies, bring a number of prominent scholars and political figures to the Yale campus. The MacMillan Center reaches a large academic and public audience with a variety of publications including journals, monographs, working papers, and books.

The MacMillan Report, an online show produced by the MacMillan Center, showcases Yale faculty in international and areas studies and their research in a one-on-one interview format. Episodes can be viewed at http://macmillanreport.yale.edu.

The number of international visiting faculty with the MacMillan Center has also increased dramatically over the past years. In cooperation with several special externally funded programs facilitating exchanges, the MacMillan Center has brought more than 75 scholars each year from a range of disciplines and numerous countries to join the Yale community for periods ranging from six weeks to a full academic year. In addition to research, they collectively teach more than 40 courses annually.

An enduring commitment of the MacMillan Center is to enable students to spend time abroad to undertake research and other academically oriented international and area studies-related activities. Each year it typically awards nearly $4 million to more than 500 Yale students for research, language and other study, and internships abroad.

The Fox International Fellowship is a graduate student exchange program between Yale and 20 world-renowned partner universities in Africa, Asia, Australia, Europe, the Middle East, and the Americas. Its goal is to enhance mutual understanding between the peoples of the United States and other countries by promoting international scholarly exchanges and collaborations among the next generation of leaders. To accomplish this goal, the program seeks to identify and nurture those students who are interested in harnessing scholarly knowledge to respond to the world’s most pressing challenges.

Additionally, the MacMillan Center is increasing its capacity to provide fellowships for graduate and professional students to come from various parts of the world to pursue a degree at Yale. Through its success in federal grant programs, the MacMillan Center has been able to support 14 to 16 U.S. citizens enrolled in advanced degree programs with intensive language study through the Higher Education Act’s Title VI Foreign Language and Area Studies Fellowships.

The MacMillan Center is not a school, and most of its faculty have appointments in other units of the University. It works with some 600+ affiliated faculty across the University in any given year and supports 28 ladder faculty positions. The MacMillan Center also appoints many language faculty to multiyear appointments in specific international fields and languages. Based in humanities and social sciences in the center’s regional councils, these language faculty regularly teach all levels of nine foreign languages (Hindi, Indonesian, Modern Greek, Sanskrit, Swahili, Urdu, Vietnamese, Yorùbá, and Zulu). It also collaborates with the Center for Language Study (CLS) in supporting Directed Independent Language Study of more than sixty languages for undergraduate, graduate, and professional school students. Additionally, MacMillan Center regional councils, language faculty, and students have participated actively in providing and taking courses through the Shared Course Initiative. Led by the CLS, this is a collaborative arrangement among Yale, Cornell, and Columbia that provides full-credit courses in less commonly taught languages that are not otherwise taught on their campuses. 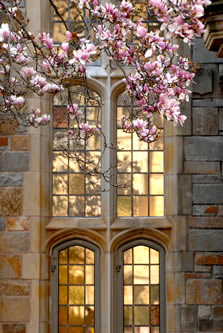