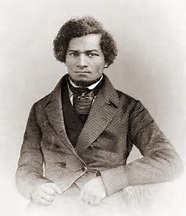 The finalists are: Alfred L. Brophy for “University, Court, and Slave: Pro-Slavery Thought in Southern Colleges and Courts and the Coming of Civil War” (Oxford University Press); Rashauna Johnson for “Slavery’s Metropolis: Unfree Labor in New Orleans during the Age of Revolutions” (Cambridge University Press); and Manisha Sinha for “The Slave’s Cause: A History of Abolition” (Yale University Press).

The winner will be announced following the Douglass Prize Review Committee meeting in the fall, and the award will be presented at a celebration in New York City on February 22, 2018.

The jury’s descriptions of those works follow. In “University, Court, and Slave: Pro-Slavery Thought in Southern Colleges and Courts and the Coming of Civil War,” Alfred L. Brophy presents an intellectual history of the southern elite in antebellum America. In addition to showing how a reluctant, “necessary evil” view of slavery evolved into a militant, “positive good” argument, Brophy reveals the ways academic thought expanded into the South’s jurisprudence, policy, and culture. This portrait of a society driven by fear toward contorted rationalizations expands our understanding of the forces devoted to perpetuating slavery. With this viewpoint, scholars now have a stronger foundation to interpret the legal history of slavery and the intellectual underpinnings of pro- and anti-slavery thought.

In “Slavery’s Metropolis: Unfree Labor in New Orleans during the Age of Revolutions,” Rashauna Johnson examines the lives of enslaved people in the South’s largest city. By analyzing the laconic records of immigration, trade, and crime, Johnson reconstructs in vivid detail the street life, mobility, and “confined cosmopolitanism” of African Americans in New Orleans. This innovative study of urban slavery reveals enslaved people’s connections to each other and to the Caribbean, the European empires that shaped New Orleans, and the rest of the U.S. South. Johnson’s contribution to the historiography of slavery expands our understanding of the global dimensions of an important trading center though the eyes of those most affected, the enslaved.

The new definitive history of American abolitionism, Manisha Sinha’s “The Slave’s Cause: A History of Abolition” provides a compendious account of a two-century long “radical, democratic movement.” Challenging a historical narrative often skeptical of white anti-slavery activists, Sinha tells the story of an effort that was interracial in constitution and international in scope. In Sinha’s study, the fight to end slavery in the United States is a more cohesive movement than previously recognized and a pivotal part of the history of human rights. “The Slave’s Cause” represents an important contribution to our understanding of abolition, one that will shape the field from this point forward.

The award is named for Frederick Douglass (1818–1895), the one-time slave who escaped bondage to emerge as one of the great American abolitionists, reformers, writers, and orators of the 19th century.

The Gilder Lehrman Center for the Study of Slavery, Resistance, and Abolition, which is supported by the Whitney and Betty MacMillan Center for International and Area Studies at Yale, was launched in November 1998 through a generous donation by philanthropists Richard Gilder and Lewis Lehrman and the Gilder Lehrman Institute of American History. Its mission is to advance the study of all aspects of slavery and its destruction across all borders and time. The Center seeks to foster an improved understanding of the role of slavery, slave resistance, abolition, and their legacies in the founding of the modern world by promoting interaction and exchange between scholars, teachers, and public historians through publications, educational outreach, and other programs and events. For further information on events and programming, visit glc.yale.edu or contact the Center by phone at (203) 432-3339 or e-mail gilder.lehrman.center@yale.edu.

Founded in 1994 by philanthropists Richard Gilder and Lewis E. Lehrman, the Gilder Lehrman Institute of American History is the leading American history nonprofit organization dedicated to K-12 education. With a focus on primary sources, the Gilder Lehrman Institute illuminates the stories, people and moments that inspire students of all ages and backgrounds to learn and understand more about history. Through a diverse portfolio of education programs, including the acclaimed Hamilton Education Program, the Gilder Lehrman Institute provides opportunities for nearly two million students, 30,000 teachers and 13,000 schools worldwide. The Institute’s programs have been recognized by awards from the White House, the National Endowment for the Humanities, and the Organization of American Historians. For further information, visit gilderlehrman.org or call (646) 366-9666.