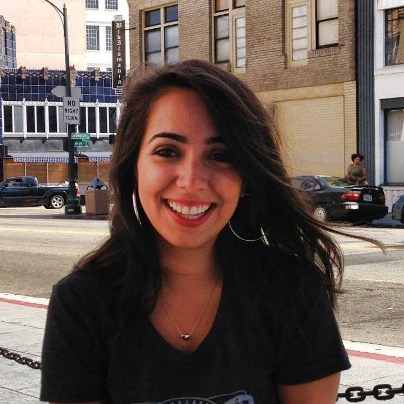 1. Could you tell us a little bit about yourself?

I’m from the Greater New York City region, and up until recently was based in the Bay Area. My parents are from Mexico and Spain.

2. How was your time at Yale? Can you share a few memories that you think might encapsulate your experience?

I loved Yale. I felt like a kid in a candy store. I loved the creative energy of the place and had a great appreciation for the unparalleled access to resources. I enrolled in voice lessons at the School of Music, and I enjoyed having access to graduate-level studies. I was also very involved in the performing arts, participating in Shades a cappella, Glee Club, theater, and various professional choruses.

3. What made you decide to become a Latin American Studies major? Was there anything in particular that you were interested in from Latin America?

Given my demonstrated interest in the arts, I liked the interdisciplinary aspects of the major and the opportunities to study abroad that it offered. I was particularly interested in the intersection of the performing arts and politics, and wrote my thesis on the Nueva Canción movement in the Southern Cone.

4. Did you study abroad while you were at Yale? Where did you go?

I did my freshman summer abroad in Salvador da Bahia, Brazil, following a year of study of Portuguese for speakers of Spanish. I did my junior spring abroad in Buenos Aires, Argentina, and during that time I also traveled to Chile, Uruguay, and Paraguay. During my sophomore summer, I did an internship in New Delhi & Haryana, India. While at Yale, I performed internationally with the music groups I was involved with on campus, going on tours of Japan, Australia, and New Zealand. I also participated in the inaugural Yale Alumni Association service trip, serving as a medical translator in the Cibao region of the Dominican Republic during my senior spring break. After college, I received funding from Yale to study opera for a summer in Florence, Italy.

5. How has the Latin American Studies major influenced your life, professionally and/or personally?

Since graduating from Yale, I have returned to Latin America for work, study, and travel. I feel that the academic study of Latin American Studies has kept me closer to my heritage.

6. Can you describe salient points in your career after Yale and describe your current role?

I pursued a career in public affairs and the performing arts. After graduating, I spent a year as a Coro Fellow in Public Affairs before attending graduate school at New York University’s Wagner School of Public Service, where I was the recipient of the Lisa Goldberg Fellowship for Philanthropy and Public Service. I helped launch the public affairs practice at Global Strategy Group and currently work as Accounts Director of Campaigns and Causes at Change Research. I also moonlight in the performing arts. I sing with a variety of professional companies, including the San Francisco Symphony Chorus. At Yale, I was free to pursue my various interests to the highest level, which gave me the confidence to pursue a professional career in both the arts and politics.