Beneath the Macron landslide, a disenchanted and divided France 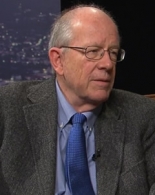 On Sunday, as the polls predicted, Emmanuel Macron defeated Marine Le Pen in the second round of the French presidential election in a landslide, winning 66 percent of the vote. Macron, 39, will enter the Elysée, the presidential office and residence, on May 14 as the youngest president in French history.

If the outcome was a foregone conclusion, the second-round campaign over the past two weeks was nevertheless marked by two changes in the trend lines of support for Macron and Le Pen. Polls taken in the evening of the first round, on April 23, suggested Macron would win roughly 60 percent of the vote on May 7. In the first week of the campaign for the second round, Le Pen’s vigorous campaigning and populist attacks on Macron as the epitome of the financial elite, on the EU which he supports, and on globalization and immigration caused her support to increase and narrow his lead a bit, especially among workers in the country’s northern and northeastern “rust belt.” Nowhere was that more evident than when workers at a Whirlpool factory in Amiens, Macron’s home town, that is losing jobs to a plant in Poland gave Le Pen a boisterous and warm welcome – and greeted Macron the same day with loud boos.

But then came the two-and-a-half-hour televised debate on May 3, the only debate between the two rounds of the election. The debate was marked by angry exchanges and insults, especially by Le Pen, that suggested to many viewers that she lacked the gravitas expected of a president. In the wake of the debate, substantial numbers of voters – some who were leaning toward abstention and others who were in the ‘ni ni’ camp (neither Macron nor Le Pen) and were considering casting a blank or spoiled ballot – started moving toward Macron and his lead in the daily polls began to widen again. The last rolling poll, taken by the IFOP polling firm in the two days after the debate, showed him getting 63 percent of the vote. On May 7, he got 66 percent.

The magnitude of the Macron landslide – the fact that he won two out of every three votes cast for one of the candidates – is an extraordinary achievement for a man who, until this election, had never run for any political office at any level. The fact that only one other president in the more than half-century of direct presidential election in the Fifth Republic – President Jacques Chirac when he defeated Marine Le Pen’s father in 2002 – was elected with a larger share of the vote underscores how extraordinary that achievement is.

Nevertheless, notwithstanding the magnitude of the Macron landslide, it would be wrong to conclude that France is united behind him. Beyond the fact that Marine Le Pen attracted by far the largest support for the Front National in any election since its founding in 1972, there is ample evidence that the country is less than overwhelmed by Macron. Some of that evidence can be found in Sunday’s vote. Only 74.6 percent of the registered voters turned out – the second-lowest turnout in the second round of any presidential election. (The lowest turnout occurred in 2002.) And among those voting, a significant proportion – 11.5 percent – cast blank or spoiled ballots, by far the highest proportion in any presidential election in the Fifth Republic and a reflection of the ‘ni-ni’ position of many voters – especially those who voted for Jean-Luc Mélenchon, the hard-left candidate, or François Fillon, the candidate of the center-right Republicans, in the first round and were disenchanted with a choice between a centrist and someone on the extreme right.

Beyond the disenchantment of many voters with the choice presented in the second round, the vote also revealed profound divisions in French society that to some extent mirrored those in the American elections in November and turned the conventional left-right division of voters on its head. According to the last pre-election IFOP rolling poll, Macron, despite having served as the minister of economy and industry in the Socialist government, drew very disproportionate support from those in the highest occupational categories, those who had completed a university degree or were attending a university, and those living in the Paris agglomeration. Le Pen, by contrast, drew very disproportionately from those who were in the lowest occupational categories; 60 per cent of those who were “workers” and 54 per cent of those who were unemployed said they intended to vote for her. She also drew very disproportionately from those who had not completed high school and those who, while completing high school, had not gone on to further studies.

When Macron enters the Elysée on May 14, he will face several challenges: First, of course, he will have to form a government – not an easy task for a president who leads a party, En Marche! (On the move), he founded only a year ago and that has few members with substantial experience in government. Then he will have to translate his presidential majority into a stable legislative majority. That will require putting together a slate of candidates affiliated or allied with his party for the June elections for the National Assembly and getting them elected in the face of opposition from the two big parties – the Socialists and the Republicans – that were shut out of the second round as well as from the Front National. And then he will have to govern and do what his predecessor failed to do – revive the stagnating economy, reduce the high level of unemployment, and win the fight against terrorism. None of that will be easy. But then, who would’ve thought a few months ago that he would be elected president?

David R. Cameron is a professor of political science and director of the Program in European Union Studies at the MacMillan Center at Yale.