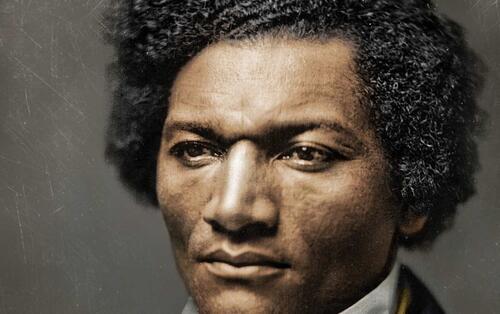 What did the nation look like in the years following the end of the Civil War and the emancipation of African Americans? In a special conversation to celebrate Juneteenth, historians David W. Blight and Eddie S. Glaude, Jr. (moderator) delve into the life of one of the most important figures of the 19th century, writer, orator, and abolitionist Frederick Douglass, and how his legacy continues to resonate today. David Blight is Class of 1954 Professor of American History and Director of the Gilder Lehrman Center for the Study of Slavery, Resistance, and Abolition at Yale University and a trustee of the New-York Historical Society. He is the Pulitzer Prize-winning author of Frederick Douglass: Prophet of Freedom. Eddie S. Glaude, Jr. (moderator) is chair of the Department of African American Studies and James S. McDonnell Distinguished Professor of Religion and African American Studies at Princeton University, and a distinguished author of books such as Begin Again: James Baldwin’s America and Its Urgent Lessons for Our Own.  Watch discussion