David Brion Davis, Founding Director of the Gilder Lehrman Center for the Study of Slavery, Resistance, and Abolition (1927-2019) 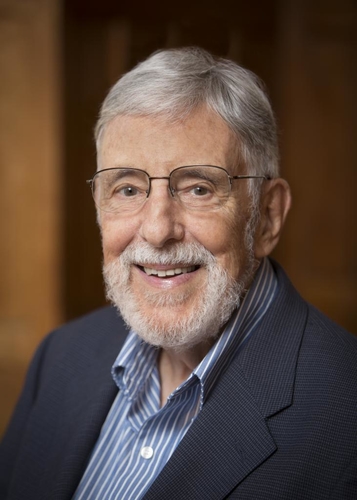 David Brion Davis has passed after a long illness.  The historical profession, the GLC, and countless friends have lost a giant of a figure.  The GLC team and network of hundreds of scholars, teachers, and readers send our condolences to Toni Davis and their two sons, Adam and Noah.  David still read books on a Kindle until a few months before his death.  In his room in Guilford, CT, he was especially proud of pointing to the photograph on the wall of himself and Barack and Michelle Obama, taken at the White House on the night he received the National Humanities Medal from the President.  David’s trilogy on the problem of slavery in western culture remains a monument to Professor Davis’s extraordinary and singular quest to understand the ideas surrounding slavery and its abolition across the Atlantic world over more than two centuries.  His many other works and his essays in the New York Review of Books made a mark on American and international history like few other historians anywhere in the second half of the 20th and early 21st centuries.  David was the founding and emeritus director of the Gilder Lehrman Center for the Study of Slavery, Resistance and Abolition.  He was an intellectual in pursuit of truth and wisdom.  In his presence one always learned something. He was a deeply spiritual man who saw the historian’s craft as a search for the minds and souls of people in the past.  He devoted his life and career to understanding the place of the inhumane but profoundly important and persistent practices of slavery and racism in the world.  He was a philosopher at heart, a lyrical writer, and defined why we do history.  We stand on his shoulders.  At the GLC we carry on his legacy every day.  We loved him.  His portrait hangs on the wall at the GLC amidst a large portion of his book collection, still containing his post-its, book marks and thousands of annotations.  We will always have him nearby.

Written by David W. Blight, Director of the GLC.