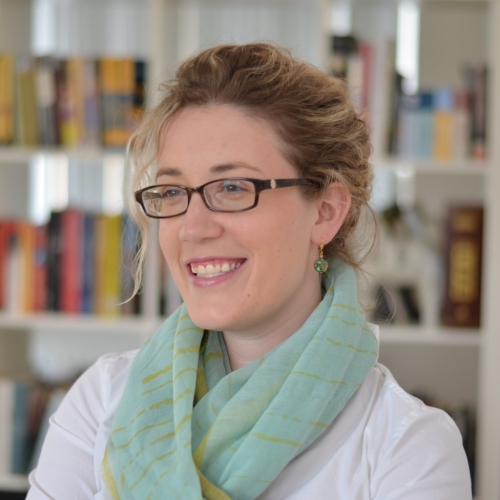 Haley J. Swedlund, a visiting scholar in the Council on African Studies at the MacMillan Center at Yale and an Assistant Professor at the Centre for International Conflict Analysis and Management (CICAM) at the Nijmegen School of Management, Radboud University Nijmegen in the Netherlands, recently spoke with Marilyn Wilkes about her forthcoming book, The Development Dance: How Donors and Recipients Negotiate the Delivery of Foreign Aid (available from Cornell University Press in fall 2017). An edited version of the conversation follows.

What is your book about?

The book examines a fundamental problem in foreign aid. The delivery of development aid is based on negotiated compromises – I call it “the development dance” – between donor agencies and recipient governments that are rarely politically sustainable. In the book, I explain how apparent fads and fashions in development aid are in reality attempts to overcome particular types of commitment problems and why political compromises between international donors and recipient governments remain so vulnerable to changing circumstances.

How did you do the research for it?

I conducted fieldwork in four countries: Ghana, Rwanda, Tanzania, and Uganda. In each country, I interviewed key decision makers representing both donor agencies and recipient governments and analyzed hundreds of policy and archival documents. I conducted more than 150 in-depth interviews with senior representatives on both sides and discussed the significance of donor-government relations with many more during joint donor-government workshops that I organized. Respondents included ambassadors and heads of development cooperation of all the major aid agencies, governors of national banks, and permanent secretaries and other senior staff working for the various ministries of finance. In addition, I carried out an original survey of top-level donor officials working across 20 countries in Sub-Saharan Africa. A total of 114 heads of development cooperation representing 23 bilateral and multilateral donors completed the survey.

What was the catalyst for you writing the book?

I went to Rwanda in 2009, and at that time the popular way of delivering aid was called ‘budget support,’ which was just a direct monetary transfer into the recipient country’s treasury. The UK, for example, was giving 70 percent of its development aid as a monetary transfer that went directly into the Rwandan government’s budget. After it is disbursed, budget support becomes indistinguishable from money that is collected from taxes or from anything else, meaning the Rwandan government could spend it however it wanted. I questioned why donor agencies were so enthusiastic about this. The practitioners that I talked to were saying, “This is the new future of development aid. It’s going to solve all these problems, because we’re going to be supporting governments and not going to be supporting these piecemeal projects across the country.”

Is there still enthusiasm for budget support aid?

No, and I think that reflects a pattern. What you see is that about every 10 to 15 years, there’s enthusiasm about a particular way of disbursing aid, and then that enthusiasm dies out. There has been a full suspension or a drastic cutting back of budget support in all four of the countries were I carried out research, and it’s happened for different reasons, such as military activity or corruption.

What is current favored way of disbursing aid?

What’s popular now is something called “results-based aid,” or cash on delivery. It’s very different from budget support in that the donor and recipient agree ahead of time on clear indicators. For example, there’s a program in Rwanda where, for every child who passes a national exam, you receive a certain amount of dollars. You get more money if the person who passed the exam is from certain regions of the country which historically have not been as developed, or is a girl. It’s only rewarding a recipient government if they actually deliver on certain promises.

Were you surprised by anything while writing the book?

The one thing that I found the most interesting is that, despite the fact that these are very different countries with very different political climates, the dynamics looked very similar across them. This is because sometimes the same people were involved in the negotiations. It was not uncommon for me to interview someone in one country, and then I would go to another country a year later and find them posted in that country.

In addition to that, even though there are many important contextual factors about these countries, there’s a lot of overlap in terms of what the two parties are wanting in the negotiations. There were a lot of commonalities and I found that a bit surprising.

What would you like your readers to take away from your book?

That aid is always negotiated, and that we shouldn’t just assume that because donor agencies have a lot of influence and power that they’re able to dictate what goes on in recipient countries, but rather that there’s always a back-and-forth between donor agencies and recipient governments. If we really want to understand the political effects of aid, we have to understand that process.