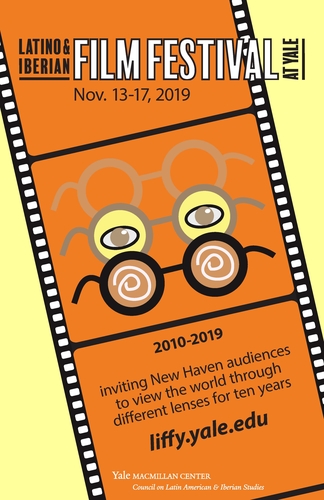 The following article written by Carrie Zhou appeared in the Nov. 11 issue of the Yale Daily News: The Latino and Iberian Film Festival at Yale (LIFFY) will celebrate its 10th anniversary this week, featuring film screenings, Q&A sessions with filmmakers and receptions that honor cultures of Latin America and the Iberian peninsula.

The festival began as a collaboration with the New England Festival of Ibero American Cinema in 2010. Five years later, it became the Latino and Iberian Film Festival at Yale. The MacMillan Center’s Council on Latin American and Iberian Studies produces the festival.

According to Margherita Tortora, the founder of LIFFY at Yale — which will be held from Nov. 13 to Nov. 17 — is internationally recognized. Tortora said that she was bombarded with film submissions. This year, 55 films were selected from approximately 500 submissions. The films can be no more than three years old and are chosen based on their quality and the range of countries they represent.

Every year, the festival will bring filmmakers and actors from Latin America, Spain and Portugal. On Nov. 14 and 15, filmmaker discussions and open lunches will take place in the Whitney Humanities Center, where attendees can ask questions and discuss the challenges and benefits of making independent films.

Tortora said that she always loves to see the filmmakers engage in dialogue with the audience and with each other.

“I think much could be done if more people actually got to know each other and speak,” Tortora said. “There would be respect and much more peace in this world. In our festival, we unite.”

Henry Jacob ’21, a student in Tortora’s class “Spanish in Film: An Introduction to the New Latin American Cinema,” assisted with festival preparations. Jacob said that the wide range of films creates the “wonderful feeling of being overwhelmed.” Jacob added that viewers will have the chance to piece together the similarities and differences between films of diverse backgrounds.

On Nov. 14, 355 students from New Haven public schools will attend screenings of the 2017 Dominican Republic film “Reinbou” at the Whitney Humanities Center and the New Haven Free Public Library. The film takes place during the 1965 Dominican Civil War and follows a 7-year-old boy who lost his father to the war.

“I am very pleased that they are curious and want to go further in the learning of the Spanish language,” Rodriguez said. “It makes me proud to be their teacher.”

Rodríguez said “Reinbou” is especially meaningful to her because she is originally from the Dominican Republic. She is excited to share the history and culture of the place she comes from with her students, she added.

Both Rodríguez and Tortora said that the festival can counter the current negative portrayals of Latinos by the government and media. To Tortora, the festival provides a space for people to feel proud of their Latino heritage.

“It’s good for them to see that we have a lot to offer, and we have offered a lot to the world, and to this country,” Rodriguez said.

Screenings will take place in the Henry R. Luce Hall and the Whitney Humanities Center. All events are free and open to the public.