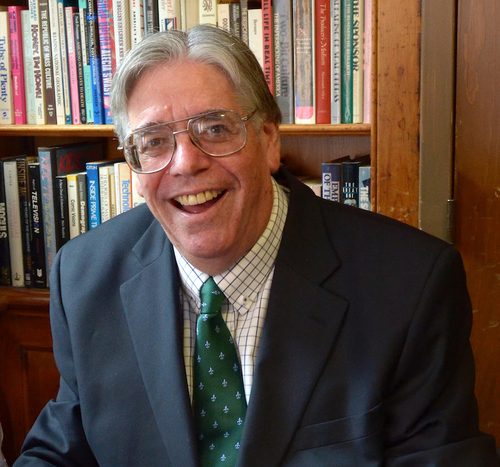 Each year, the Wilson Institute for Canadian History at McMaster University awards its Book Prize to the work that offers the best exploration of Canadian history and succeeds in making Canadian historical scholarship accessible to a wide and transnational audience. This year’s winner is French Connections: Cultural Mobility in North America and the Atlantic World, 1600–1875, edited by Robert Englebert and Andrew N. Wegmann, published by LSU Press.

An essay titled “Chasing La Chasse-Galerie: Honoré Beaugrand and the Life of a Journalistic Voyageur” written by Jay Gitlin, Senior Lecturer in History and Associate Director Howard R. Lamar Center for the Study of Frontiers & Borders, and Ryan André Brasseaux, Dean of Davenport College and Lecturer in American Studies, is included in the book.

French Connections takes a fresh look at the history of being and becoming French in North America and the Atlantic World. From religion and diplomacy to labor migration to the concepts of “Frenchness” and “Frenchification,” this collection of essays explores a wide range of topics to paint a more complete picture of the history of French culture around the world.

Drawing on innovative new scholarship on Louisiana and New Orleans, the contributors to French Connections look to refocus the conversation surrounding French colonial interconnectivity by considering how separate “spheres” of French colonial culture merge to reveal a broader, more cohesive cultural world. In addition to Gitlin and Brasseaux, the book includes essays from established, award-winning scholars such as Brett Rushforth, Leslie Choquette, and Christopher Hodson, as well as from new, progressive thinkers such as Mairi Cowan, William Brown, Karen L. Marrero, and Robert D. Taber.

For more information about the Book Prize, visit the website.