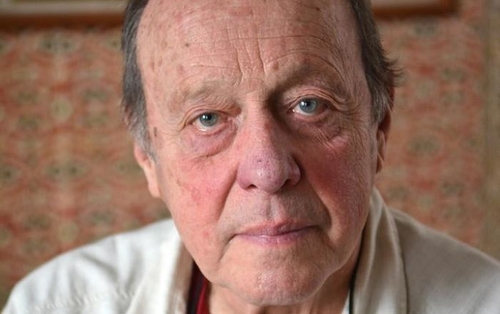 The article below and podcast appeared in Social Science Space on April 1. Listen to podcast

When Jim Scott mentions ‘resistance,’ this recovering political scientist isn’t usually talking about grand symbolic statements or large-scale synchronized actions by thousands or more battling an oppressive state. He’s often referring to daily actions by average people, often not acting in concert and perhaps not even seeing themselves as ‘resisting’ at all.

The ‘problem’ with political scientists, he tells interviewer David Edmonds, in this Social Science Bites podcast, “is that when they’re talking about resistance they’re tending to talk about overt declarations – protests in the streets, marches, or potentially armed combat. What I’ve found is that throughout history, open resistance of this kind is impossible or suicidal. The result is a lot of what I call ‘unobtrusive forms of resistance.’”

There are, he notes, “very many different kinds of resistance: forms of resistance that announce themselves publicly and forms that are more subtle and unobtrusive in order to protect the people who are protesting from massive retaliation.”

He offers several examples of this unobtrusive resistance, such as poaching, squatting, and desertion – “common weapons of people who don’t have formal power.”

In this podcast, Scott draws on the year and half he spent in a Malaysian village, in the late 1970s, to discuss insights he gained about resistance (and which resulted in his Weapons of the Weak: Everyday Forms of Peasant Resistance). Scott learned the Malay language, acquainted himself with the local Kedah dialect, and studied first the rich and then the poor in this village. Mechanized, combine harvesters had taken over rice harvests in the area, leaving many people out of work and many tenants homeless. While there was no organized public protesting – that would have been foolhardy – he witnessed sabotage in the fields and ousted tenants killing the chickens of those who had evicted them.

In a “a subtle showing of contempt,” people who felt badly treated would look the other way when someone they hated crossed their path. “The kind of shunning was extraordinarily effective and humiliating in a face-to-face community of such a small size.” It reflected, in turn, the psychic violence done to the poor — “Inequality and injustice almost always is reflected in a loss of cultural dignity and standing.”

Scott sees resistance from several vantage points in large part because he’s untethered himself from many academic restrictions, “defecting” from a discipline when he finds its approaches miss the point. He trained as a political scientist, for example, but as he saw how it studied elites and mass populations differently — conducting social science “behind their backs,” as he put it — he decamped to anthropology. (But he argues every anthropologist should come with a historian strapped to their back.) Even now he’s co-director of the Agrarian Studies Program at Yale University.

Given this, Scott is active off campus in such projects such as Mutual Aid Myanamar, which describes itself as “a collection of activists, academics, and policy makers working to support the democracy movement in Myanmar.”

“James Scott has taught us to see how art can fuel resistance, how social planning can undermine social justice, how anarchic principles inform everyday acts of resistance, and how agriculture led to the rise of state control,” said Tamar Szabó Gendler, the dean of Yale’s Faculty of Arts and Sciences, when the Social Science Research Council awarded him the Albert O. Hirschman Prize last year.