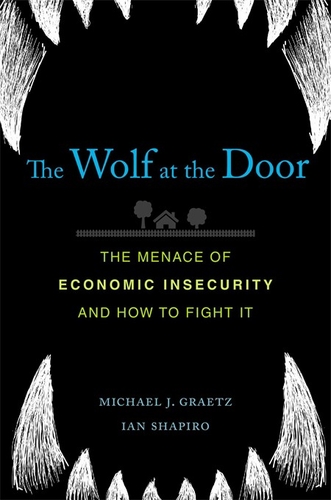 The following commentary written by Ian Shapiro, Sterling Professor of Political Science, and Michael Graetz, Professor of Law Emeritus, appeared in the July 27 of Medium:

Three years ago, in the early hours of July 28, 2017, Senator John McCain walked onto the Senate floor to cast the decisive vote against the Republican effort to repeal and replace the Affordable Care Act (ACA), known as Obamacare. His dramatic thumbs down gesture made news across the country.

McCain was outraged at Senate Majority Leader Mitch McConnell’s effort to ram repeal through that night having failed to find a replacement bill that could garner the 51 votes needed to make it through the Senate. This was McConnell’s only chance, and everyone knew it.

The problem McConnell faced was that public opinion shifted decisively against repeal once the various Republican bills had become public. By March 2017, most Americans viewed the ACA favorably, a majority that continued to grow. Eleven days before McCain’s vote, the Congressional Budget Office had estimated that the McConnell bill would cost 17 million Americans their insurance in the coming year, 32 million by 2026.

Now, three years later, a badly damaged ACA clings to life. In 2012, Chief Justice Roberts had given the law constitutional protection by declaring the fee levied on those who refuse to buy insurance — the “individual mandate” — to be a lawful federal tax. But he also held that the law’s incentives to expand Medicaid through federal funding was an unconstitutional coercion of the states. Numerous Republican-governed states embraced this option, foregoing federal money and limiting opportunities to expand coverage to the poor.

The Trump Administration then kept chiseling away. If the penalty associated with the individual mandate was a tax, it could be repealed and the money it would have raised used to fund tax cuts. This is what the 2017 tax law did. That gave more than a dozen Republican states a green light to go back into court, again challenging the law’s constitutionality. That case will be decided by the Supreme Court in 2021. Having failed at repeal and replace, the new strategy is death by a thousand cuts.

Despite these efforts, the public is primed for a successful push toward universal health coverage. One of the largest obstacles — satisfaction with the health insurance workers get through their employers — is changing. Fewer people are covered. Even before the COVID-19 pandemic, the share of non-elderly Americans enrolled in employer-sponsored plans had fallen from 67.3 percent in 1999 to 58.3 percent in 2018. And employer coverage is getting worse and costing more, creating relentless upward pressure on premiums, which have risen at twice the rate of earnings since 2009 while deductibles have risen by more than five times, now frequently costing workers $2,000 or more annually. And these pressures are not going away. An average family plan now costs $20,000 a year due to the high administrative costs of the U.S. system and the prohibition on the federal government’s negotiating drug prices for Medicare, among other factors.

Before COVID-19 hit, more than 30 million were uninsured, even though the ACA had covered an additional 18 million Americans. Another 44 million were underinsured. The pandemic — along with job losses to globalization and technology — is aggravating these problems. A record 5.4 million Americans lost health insurance between February and May, a number the Kaiser Foundation estimates could go as high as 27 million. Many uninsured families use emergency rooms for their basic care; the most expensive care there is. Hospitals pass these costs on to others, feeding medical inflation.

People tend not to demand change until a chronic problem becomes a crisis. But the pandemic has turned health insurance into a crisis. Many Americans face health vulnerabilities that they could scarcely have imagined six months ago. Two years ago, the Federal Reserve found that 40 percent of American adults could not fund a $400 emergency with cash or a credit card that they could pay off at the end of the month. Today, millions of Americans are confronting much more expensive emergencies.

Yet the Trump Administration has joined with the 18 states now asking the Supreme Court to repeal the ACA — and to wipe out coverage for 23 million Americans. This creates a rare opportunity for Democrats. Millions of Americans can now be mobilized to support major reform. The current employer-based system is unsustainable.

Any effort at major change will confront stiff resistance. Powerful lobbyists know that voter sentiment, even when intense, is fleeting. We need only recall how Big Pharma and the insurance lobbies forced President Obama to back down on negotiating drug prices or creating a public option for those who could not afford private insurance, both of which he had campaigned on in 2008. But the health insurance crisis will intensify for tens of millions of Americans between now and November. Trump and the Republicans have blown whatever credibility they might have had on healthcare over the past three-and-a-half years. It is Joe Biden’s issue now.

Biden was right to resist the Medicare for All plans proposed by Bernie Sanders and Elizabeth Warren during the primaries. The vast majority of Americans do not want to give up their employer-based plans yet. Instead, Biden should push for bottom-up Medicare expansion that will build support for universal coverage and expand it over time.

This is how it would work. Most young adults are covered on their parents’ policies until age 26. With our proposal, 27 to 35-year-olds should be able to buy into Medicare at subsidized rates starting in 2021. This population is relatively cheap to insure because young people are usually healthy. Employees older than 35 who lose their jobs should have the same option. And employed workers who find their employer-based policies too expensive should be able to join Medicare on the same terms, maintaining the contributions paid by their employers. Once in the system, people could keep their coverage until they find a private provider they prefer. In this way, Medicare expansion will perform the same function as the Obama Administration intended for its public option.

The costs will depend on the size of the subsidies and how many join, but will be vastly lower than Medicare for All. The amounts of subsidies should be hammered out in the legislative process.

This plan will grow the coalition to support Medicare expansion. Then, the millions who take advantage of the plan will find that they will not want to lose its coverage. People react much more strongly against the potential of losing something than to not getting it in the first place. This partly explains why seniors report exceedingly high levels of satisfaction with Medicare — a single-payer system — and resist efforts to change it, while opponents of reform have found it good politics to attack as “socialized medicine” single-payer proposals for the rest of us.

Young healthy people will protect their Medicare coverage as fiercely as the elderly do today. Three years ago, John McCain took a principled stand in defense of an institution that he cherished. He also saved tens of millions of Americans from a health insurance catastrophe. Now it is time for every candidate seeking election in November to put America, finally, on a realistic and sustainable path to universal health insurance.

Graetz’s and Shapiro’s new book The Wolf at the Door: The Menace of Economic Insecurity and How to Fight It was recently published by Harvard University Press.