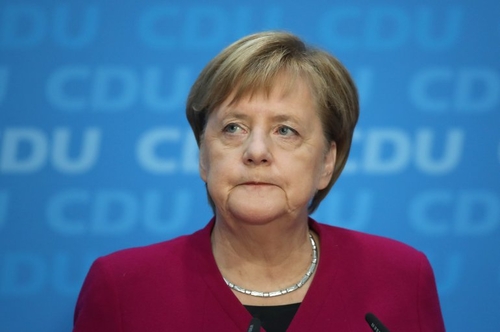 On May 5, the German Federal Constitutional Court issued a ruling in regard to the European Central Bank’s Public Sector Asset Purchase Programme (PSPP) that sent shock waves through the EU. In addition to raising fundamental constitutional questions about the relationship between national law and EU law and between national courts and the EU institutions, the ruling  placed a large question mark not only over PSPP but also over the new Pandemic Emergency Purchase Programme (PEPP) announced by ECB President Christine Lagarde in March under which the ECB agreed to purchase up to €750 billion—increased on June 4 to €1.35 trillion—of private and public debt through at least the first half of 2021.

In the PSPP, created in March 2015, the central banks of the members of the euro area purchased government bonds or other marketable debt issued by the central, regional, or local issuers within their jurisdictions as well as securities issued by eligible international organizations and multilateral development banks. The purchases were distributed in accordance with the subscription key of the ECB’s capital, with the central banks holding 90 percent of the book value of the purchases and the ECB 10 percent. Intended to run through September 2016, the PSPP was extended several times and by late 2019 the purchases amounted to €2.2 trillion.

More than 1,700 German citizens filed complaints before the German court alleging the PSPP violated several provisions in the EU’s treaties—most notably, those prohibiting the monetary financing of EU deficits and defining the ECB’s mandate in regard to monetary policy—and the federal government and parliament had failed to act with respect to Bundesbank participation in the program. In 2017, the German court referred several questions to the European Court of Justice for a preliminary ruling and in 2018 the ECJ ruled the PSPP neither exceeded the ECB’s mandate nor violated the prohibition of monetary financing. Following that ruling, the German court conducted a hearing last July on the complaints.

In its May 5 ruling, the German court found in favor of the complainants, ruling the government and Bundestag had violated their rights under Germany’s Basic Law by failing to take steps to challenge the fact that the ECB, in its decisions on the adoption and implementation of the PSPP, neither assessed nor substantiated that the measures provided for in those decisions satisfied the principle of proportionality. It said the ECJ’s review as to whether the ECB’s decisions satisfied the principle of proportionality “is not comprehensible; to this extent, the judgment was rendered ultra vires” [i.e., exceeded the ECJ’s legal authority]. It said the ECJ’s ruling that the ECB Governing Council’s decision in regard to PSPP was within the ambit of its competences “manifestly fails to give consideration to the importance and scope of the principle of proportionality [in Article 5(4) of the Treaty on European Union] – which applies to the division of competences between the European Union and the Member States – and is simply untenable from a methodological perspective given that it completely disregards the actual economic policy effects of the programme.” It said the ECJ’s “approach to disregard the actual effects of the PSPP in its assessment of the programme’s proportionality, and to refrain from conducting an overall assessment and appraisal in this regard, does not satisfy the requirements of a comprehensive review as to whether the European System of Central Banks (ESCB) and the ECB observe the limits of their monetary policy mandate.”

For that reason, the German court concluded it was not bound by the ECJ’s decision and “must conduct its own review to determine whether the Eurosystem’s decisions on the adoption and implementation of the PSPP remain within the competences conferred upon it under EU primary law. As these decisions lack sufficient proportionality considerations, they amount to an exceeding of the ECB’s competences. A programme for the purchase of government bonds, such as the PSPP, that has significant economic policy effects requires that the programme’s monetary policy objective and economic policy effects be identified, weighed and balanced against one another. By unconditionally pursuing the PSPP’s monetary policy objective – to achieve inflation rates below, but close to, 2% – while ignoring its economic policy effects, the ECB manifestly disregards the principle of proportionality…. Therefore, the decisions at issue…exceed the monetary policy mandate of the ECB.”

The court ruled “the Federal government and the Bundestag are required to take steps seeking to ensure that the ECB conducts a proportionality assessment …with regard to the reinvestments under the PSPP that began on 1 January 2019 and the restart of the programme as of 1 November 2019.” It said they “also have a duty to continue monitoring the decisions of the Eurosystem on the purchases of government bonds under the PSPP and use the means at their disposal to ensure that the ESCB stays within its mandate.” And because German institutions may not participate in either the development, implementation, or execution of ultra vires acts, the court ruled that, following a transitional period of no more than three months, “the Bundesbank may thus no longer participate in the implementation and execution of the ECB decisions at issue, unless the ECB Governing Council adopts a new decision that demonstrates in a comprehensible and substantiated manner that the monetary policy objectives pursued by the PSPP are not disproportionate to the economic and fiscal policy effects resulting from the programme. On the same condition, the Bundesbank must ensure that the bonds already purchased and held in its portfolio are sold based on a – possibly long-term – strategy coordinated with the Eurosystem.”

Several days later, the ECJ’s directorate for communication released a statement in which, after noting that the departments of the ECJ never comment on judgments of national courts, it recalled that the ECJ “has consistently held that a judgment in which the Court gives a preliminary ruling is binding on the national court for the purposes of the decision to be given in the main proceedings.” And it noted that, in order to ensure that EU law is applied uniformly, the ECJ “alone – which was created for that purpose by the Member States – has jurisdiction to rule that an act of an EU institution is contrary to EU law….Like other authorities of the Member States, national courts are required to ensure that EU law takes full effect.” After discussing the ruling, the Governing Council of the ECB, for its part, decided it would not formally respond to the decision since it was directed to the German government and the Bundestag.

Given both the binding effect of ECJ rulings, including preliminary rulings, and the foundational importance of the independence of both the national central banks and the ECB, it was not at all clear whether, and if so how, the German government, Bundestag, and Bundesbank would respond to the court’s ruling. It would obviously violate the principle of central bank independence for either the Bundesbank or the ECB to be required to adhere to the terms and conditions of the German court’s ruling, just as it would violate EU law if the German court sought to prevent the Bundesbank from participating in the implementation and execution of the ECB’s decisions in regard to PSPP. Indeed, several days after the ruling, European Commission President Ursula von der Leyen, who until her appointment last year was the longest-serving minister in Chancellor Angela Merkel’s government, noted that EU law has primacy over national law and rulings of the ECJ are binding on all national courts – “the final word on EU law is always spoken in Luxembourg [location of the ECJ]. Nowhere else.” – and raised the possibility of infringement proceedings. But Merkel, speaking the next day to the CDU members of the Bundestag, suggested the issue was “solvable” and a clash with Brussels could be avoided if the ECB illustrated why the bond-buying program was needed.

On June 8, Lagarde, appearing before the European Parliament’s Economic and Monetary Affairs Committee, noted that the ECB continually monitors the proportionality of its instruments and suggested the issue would be resolved. She also suggested the ECB’s official account of the Governing Council’s June 4 meeting, which, as with the official account of every meeting, would be released three weeks after the meeting, would include a substantial discussion of the proportionality issue, including negative as well as positive aspects of the PSPP.

Last Wednesday, after speaking with Lagarde, Jens Weidmann, who as president of the Bundesbank sits on the ECB’s Governing Council and who voted against the PSPP program on several occasions and had publicly criticized it, nevertheless told members of the Bundestag  European Union committee that he thought the issue could be resolved in a way that would maintain the independence of the ECB and Bundesbank. He suggested he could convey ECB documents demonstrating that it had addressed the proportionality issue to the Bundestag and government. He also said he would update the committee quarterly on the issue.

Two days ago, the ECB agreed to give a number of unpublished documents pertaining to the PSPP program, many of which were provided to the ECJ when it considered the program, to Weidmann, who will give them to the government and the Bundestag. And yesterday, three weeks after the June 4 meeting of the Governing Council, the ECB released the official account of the meeting, an 18-page single-spaced document that contains a detailed summary of the discussion of the PSPP. In it, the members noted that “asset purchases were an essential tool with which monetary policy could affect macroeconomic development and, ultimately, inflation outcomes, via a number of transmission channels. From the outset, purchases…had been aimed at lowering market interest rates that are relevant for the real economy and inflation developments. There was now ample evidence from an exhaustive literature showing that asset purchase programmes in general and the PSPP in particular had proven effective in achieving their intended effects on the euro area economy and thereby in maintaining price stability….Although the quantitative estimates varied to some extent and were subject to the usual model uncertainty, the overall evidence underpinned the view that the PSPP had had a positive impact on macroeconomic outcomes. …Overall, there was broad agreement among members that while different weights might be attached to the benefits and side effects of asset purchases, the negative side effects had so far been clearly outweighed by the positive effects of asset purchases on the economy in the pursuit of price stability. However, it was also noted that it could not be ruled out that unintended effects could increase over time and eventually outweigh the overall positive effects. It was thus seen as important to continuously assess the effectiveness and efficiency of the monetary policy measures, their transmission channels and their benefits and costs.”

The bottom line in the German court’s ruling is that the government and Bundestag must take steps to ensure that the ECB conducts a proportionality assessment with regard to the reinvestments under the PSPP in 2019, continue to monitor the decisions taken under the program, and use the means at their disposal to ensure that the ECB stays within its mandate. The steps taken this week should, while preserving the independence of the Bundesbank and ECB, ensure that will happen and, in so doing, will resolve the crisis. Merkel was right; the crisis created by the court’s May 5 ruling is “solvable.”