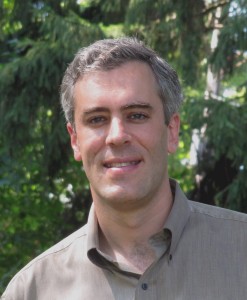 Russia has been a major force in the world’s oil market since the Soviet era. Last year, it ranked third behind the United States and Saudi Arabia in oil production, according to the U.S. Energy Information Administration.

Discussion of Russian oil often focuses on billionaire oligarchs and Kremlin intrigue, but the oil industry’s role in shaping Russian society is much more complex, according to Douglas Rogers, an associate professor of anthropology, and a member of the European Studies Council at the MacMillan Center, who has spent years studying oil’s effects on Russia through the Soviet and post-Soviet periods. His research and fieldwork focused on the Perm region in the Ural Mountains, which was an important industrial and oil-production center under Soviet rule.

His new book, “The Depths of Russia: Oil, Power, and Culture after Socialism,” offers a multifaceted analysis of oil’s place in Soviet and Russian life. Rogers recently spoke with Mike Cummings of YaleNews about his findings.

Your book focuses on the Perm region in the Ural Mountains. Can you describe that region’s history?

The Perm region has long been an industrial region with some significant agricultural zones. For much of the 20th century, it was also a major Soviet oil production region. Oil was discovered there in 1929, and the region became the center of Soviet oil production in the 1950s, before starting to decline in the 1970s. One of the interesting aspects about this history is that, in global comparative context, Permian oil was the world’s first socialist oil: discovered, produced, and refined entirely within a socialist system rather than the capitalist system that we’re used to and on which most scholars base their studies of oil.

A lot of the post-Soviet transformations that I describe in the book are attributable to this unique history of Soviet oil and its place in the socialist economy.

How has the image and influence of the oil industry changed from Soviet Russia to the post-Soviet era?

It’s a little hard to imagine from our perspective, but the Soviet oil industry was not a high-prestige or very influential industry, even though the Soviet Union was a major oil producer and exporter. Oil sector work was actually fairly low prestige work. For instance, because of the way the Soviet centrally planned economy worked, all revenues from the export or sale of oil accrued to the federal center, and so there were never Soviet oil boom towns like the ones we see in North Dakota now or in Texas in the 20th century, or, in somewhat different ways, in Nigeria or Venezuela or Saudi Arabia. In the Soviet oil economy, oil money never returned to the place of production or created a wealthy elite that was identified as an oil elite. It was always Soviet factories — military, defense, and other heavy industry — that were the highest-prestige industries. Oil production was seen as grubby and not particularly desirable work.

The story of the Perm region’s oil industry during the post-Soviet period, then, is largely about the ways in which, some 60 years after it was discovered, oil did come to be central to the Perm region in a variety of ways. 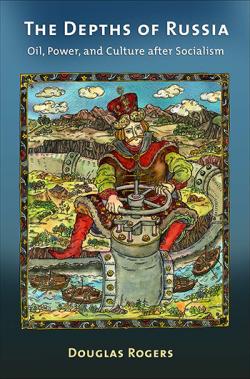 How does oil shape the lives of people in the Perm region today?

This is one of the major questions that I take up in the book. I try to think about oil not just in terms of how much money it’s contributing to the federal budget or to the enrichment of a few, which is what we most frequently read about it in Russia, but about the ways in which oil, oil money, and oil corporations move through and shape people’s lives a specific region.

To be sure, one of those ways is the creation of a lot of new wealth in the Perm region and a new regional elite — although, significantly, this regional elite got its elite status at first by bartering oil in the wild early 1990s, when money was scarce and unreliable. That’s just the start. Part of what I discovered in my fieldwork is that the influence of oil is evident in a huge number of other ways as well. One major topic I explore is the way that Lukoil — the main oil company in the Perm region — became very interested in sponsoring cultural events, building schools, and renovating hospitals as part of a push for “Corporate Social Responsibility.” Lukoil’s presence in the Perm region as a powerful and influential corporation was especially evident in the early 2000s, when it collaborated with the regional government in addressing regional problems, responding to requests, and sponsoring cultural events. Through these initiatives, the company ultimately became quite closely identified with regional and district-level identities. Corporate sponsorship was, in other words, one key way in which the Perm region was remade as an oil region. Anthropologists and others studying corporations are finding things like this going on in lots of places around the world these days.

Part of the argument I’m making is that it’s a bit different — in part because of that Soviet history, not to mention the turbulent 1990s — but it’s not as different as we frequently think. Most stories about the Russian oil industry concern “crony capitalism” or oligarchs or shady deals, and the implication is that it’s a pretty different world over there, not at all like oil companies and oil capitalism elsewhere in the world. What I’m saying is: not so fast, it’s not that different.

After all, oil companies and governments have long been close companions around the world. In recent times, oil companies based in the West are increasingly powerful, not only in a place like Dallas but, even more so, in oil extraction sites in Africa or Latin America that are largely run by oil companies. These are corporate enclaves — complete with their own security forces — where the local or state government has little presence at all. I suggest in the book that there is a sort of global family of relationships between energy companies and states, and I think Russia is more part of that family than many observers have yet understood.

So, Perm is different than Dallas, which after all has been an oil town for going on a century, but I think overall there are similarities that we don’t often recognize between Russia and the West, and that these have to do with the nature and configuration of today’s global capitalism.

Can you describe some of the similarities?

Well, as I say, the increasing role of corporations in the shaping of human lives and possibilities is a big one. In the United States, we see this in a number of ways, such as the recent “Hobby Lobby” court case, in which the Supreme Court ruled that certain corporations can effectively make decisions about contraceptive care for their employees. The history and shape of these corporatization trends in the Russian oil sector is very different, of course. One of the interesting things about Lukoil’s corporate social responsibility efforts, for example, is that many of those involved in them had previous careers doing “ideological work” under the auspices of the Communist Party: building Soviet culture, striving to make the party-state more legitimate in the eyes of its citizens, and so on. But, in an overall comparative framework, I’d want us to see Hobby Lobby and Lukoil’s corporate social responsibility programs as part of the same global family, one in which states are no longer in the driver’s seat as much as they were in, say, the mid-20th century.

What role do Vladimir Putin and the central government play in Russia’s oil industry?

Right. Suggesting that the state is not in charge in Russia is a bit counterintuitive these days. Broadly speaking, you do certainly have a much tighter control over the Russian oil industry by the federal government than you do by, say, the U.S. federal government. However, what I found is that when you start looking at the regional level, and you start looking at who’s actually making decisions on the ground, or at how oil corporations and oil infrastructures become embedded in local communities and go on to shape all sorts of possibilities, then it’s really not the Putin administration in charge anymore. As my research progressed, I began to see the importance of negotiations between regional corporate officials and regional governors, mayors, and other politicians, and to observe that these interactions have often set the federal agenda and not the other way around. This level is very important in Russia and is often overlooked because so many observers are focused on the Kremlin. Kremlinology wasn’t a great way to understand the Soviet Union; I don’t think it’s much better now.

How do the residents of Perm regard the oil industry?

There are a number of different views, as you’d expect in a big and diverse region. On the one hand, I think everybody is aware of the fact that much of the increase in the standard of living that many have experienced, particularly in the 2000s, is attributable to the Perm region’s (and Russia’s) status as an oil and gas exporter. On the other hand, most people I met were pretty uncomfortable with an economy based so narrowly on a single industry. Among ordinary citizens, I found a good deal of discontent with those they called “oligarchs,” who, they claimed, were taking common resources like oil and turning it into their own private wealth. The oil company, of course, says that it is building schools, sponsoring cultural festivals, and paying taxes, and that these are their ways of giving back. People were often critical of those initiatives as too small-scale — they thought the company could probably do a lot more for the region.

What ideas do you hope readers take away from the book?

First, I’d like readers to gain some understanding of how socialist oil was different from capitalist oil and what that means both for our overall understandings of oil and human life and for contemporary, post-Soviet Russia. Observers tend to think of oil as oil regardless of where it comes from, but I believe the socialist history should make us think again.

My second hope is that readers will see and appreciate, from a new perspective, some of the ways that energy companies and governments are entangled in today’s global capitalism. Russia is frequently held up as an example of oil, state, and corporate capitalism gone off the rails. This may be true, but it is also true that, the closer I looked, the more it resembled configurations elsewhere in the world in some key respects.

Finally, I would like readers to come away with some appreciation for the ways in which oil and oil wealth course through society in ways that we don’t often think about. It’s not just companies, executives, and federal budgets. It’s things like culture and education and hospitals, and it includes the very ways in which people understand themselves to be tied to each other and to the places in which they live. In Russia and elsewhere, we should pay attention to those aspects of oil just as much as we pay attention to the price at the corner gas station.