New perspectives on queer politics under an Islamist regime 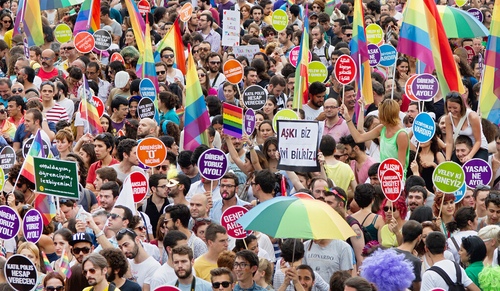 In the following interview, Yale’s Evren Savcı, a scholar of transnational sexualities, discusses her new book, “Queer in Translation: Sexual Politics Under Neoliberal Islam,” and the fight for LGBT rights in her birth country of Turkey.

When Yale faculty member Evren Savcı was writing her dissertation on queer politics in her birth country of Turkey a decade ago, she found there was little published on the subject. So she decided to expand her research into a book.

In “Queer in Translation: Sexual Politics Under Neoliberal Islam” (Duke University Press), Savcı, an assistant professor in women’s, gender, and sexuality studies in the Faculty of Arts and Sciences, illuminates the struggles of queer individuals living under Turkey’s Justice and Development Party (known as AKP), a moderate-Islamist political regime which rose to power in 2002. It’s based in part on her ethnographic research on queer activists from 2008 through the 2013 Gezi Park uprising, when thousands of Turkish citizens — among them LGBT rights activists — gathered to protest government plans to convert one of Istanbul’s last city parks into a shopping mall and were met with police violence.

The book also explores the ways Western LGBT political terminology has traveled to and been interpreted in the Muslim-majority nation and offers new ways to think about queer political movements beyond binary interpretations, such as traditional-versus-modern, global-versus-local, or East-versus-West. Among other topics, Savcı investigates the murder of a Kurdish gay man whose father is accused of committing the crime to protect his family’s honor, and portrays the lives of trans sex workers who are increasingly harassed by police in public spaces.

Savcı, a scholar of transnational sexualities who is also affiliated with the Yale MacMillan Center’s Council on Middle East Studies, recently spoke with YaleNews about the book and the fight for LGBT rights in Turkey. The interview is edited and condensed.

When you started your research in Turkey back in 2008, many democratic transformations were taking place. What changed?

Evren Savcı: At the time, the AKP was engaged in democratic openings as part of Turkey’s European Union accession bid. These included the banning of capital punishment, which was a pre-condition of the accession process, changes in misogynistic language in laws, the removal of references to morality and honor from the law, and the introduction of marital rape as a crime. The first state-run Kurdish television station was created and the government was talking about starting diplomatic relationships with Armenia, a country with which there are historic tensions. There was talk about a headscarf opening; headscarves had previously been outlawed in public offices and universities. These changes were mostly welcomed.

But by 2010, as I was getting ready to finish my dissertation, the tone of the country was changing. There were hunger strikes in Kurdish prisons that the government was denouncing. This was at the time of the Arab Spring. The world was talking about Turkey as a model for the Arab world, but it was clear that the government was beginning to repress dissent.

Increasingly there were more demands for submission to the government. Labor unions, feminists, and queer subjects were all critical of the government, and it looked like all the changes were just a very calculated part of the accession process. When that didn’t deliver [accession negotiations have been stalled since 2016], the government didn’t have as much investment in these democratic openings. 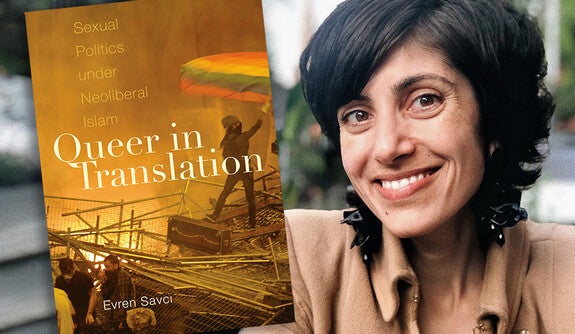 By the time of the Gezi Park protest, journalists were being jailed and many forms of dissent were punished. Were queer people increasingly marginalized?

Savcı: By this time, it started becoming clear that the country was being turned into a privatizing construction machine. A lot of public goods started being privatized and many of these privatization projects were going to direct relatives of people in charge or to close allies. Many of the urban development projects were not only harmful to the social fabric but caused environmental damage. The protestors were contesting the privatization and construction.

The uprising was a big challenge to AKP rule. This was a countrywide protest, and the police used plastic bullets, water cannons, and tear gas on the protestors. Severe police violence became the norm.

U.S. scholars of neoliberalism have written about how this economic system concentrates inequality in the lowest echelons of society. I argue that in Turkey, there has been a deployment of marginality to larger and larger masses of people. Anyone not aligned with the government is seen as a “terrorist” or enemy of the nation.

After the military coup attempt in 2016, President Erdoğan signed many decrees into law. Feminists and queer people were openly targeted by the government as “immoral” subjects. I argue in my book that queer politics is a good place to think about the mechanism of neoliberalism even without Islam because a neoliberal state is itself is a morality regime. There is a belief in individual responsibility and self-entrepreneurism; everyone is expected to ideally create their own job. There is a disappearance of social safety nets like healthcare, social security, and pensions. Any failure is understood as deeply individual, and dissent is viewed by the government as an attack on the national economy, where the economy itself is seen as an object of national security.

In Turkey, marginality was already experienced by Kurdish people, feminists, and queers. But increasingly, a lot more people were on the “wrong” side of Turkish morality: students in co-ed housing, whether straight or queer, students who were holding hands, women who were laughing in public, women who refuse motherhood — all were viewed by the government as immoral subjects.

You make a connection in your book between those who were advocating for the freedom to wear headscarves in universities and LGBT activists. What is the connection?

Savcı: As the AKP was doing these democratic openings, there was interest in lifting the headscarf ban. Secularists wondered if this meant an Islamization of the country. There were some who said that if the ban was lifted at universities it would mean headscarves would next be allowed at middle and elementary schools. One government minister responded to this debate by saying, “Look, we don’t have to give people everything they want. Homosexual people are asking for the right to get married, are we going to give it to them?”

Gay marriage was not even a debate at the time he said that, but this statement ended up introducing LGBT rights into the national imagination as a potential challenge for the government and pious Muslims. It became a kind of litmus test in the headscarf debate, where headscarf activists were being asked if they also supported LGBT rights. It was a test of their sincerity [about democratic reforms].

There are lots of secular Turkish citizens who do not support LGBT rights, and their access to public education is not curtailed as it is for women who wear headscarves. I wanted to look at the complexity of the discussions that were being had. There was ultimately a falling out between headscarf and LGBT activists, but I believe that there could have been more productive conversations between them if LGBT rights had not been used as a discursive device in the debate.

Do you have any hope that the freedoms queer activists hope to achieve can be realized under the current regime?

Savcı: Not under the current regime, no. But I do have hope. I think that the Turkish people have learned important lessons under painful circumstances, in part because of that arc of democratic openings that then came crashing down.

So many people have been targeted with violating morality standards, and I think it is a good thing that so many more of us — not just Kurdish people or LGBT people or feminists or others who express dissent — are more and more marginalized. This regime will be over some day. I hope that people remember then that marginalization doesn’t have boundaries. It doesn’t stop with this group or that group. If we have a system where some people are pushed out of acceptable existence, anyone can be pushed out.