Paris Could Be Different: But it Requires Policy Makers Apply Path Dependency Analysis to the “Super Wicked Problem” of Climate Change 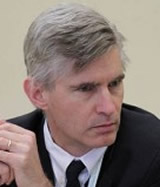 The celebration accompanying Paris’ last minute breakthrough is understandable. For the first time, 195 developed and developing countries have put forward commitments to climate action through “bottom up” Intended Nationally Determined Contributions or INDCs. Resolve seems reinforced by widespread transnational and domestic coalitions of business, environment organizations, social movements, and indigenous peoples. But, as history instructs, commitments are the beginning not an end.

The signing of the 1997 Kyoto Protocol committed developed countries to emissions reductions but left a growing wedge of global emissions untouched for nearly two decades. The much-heralded public-private partnerships promoted at the 2002 Johannesburg Summit as the new, better way to implement sustainable development mostly fizzled and failed. Lessons from global standard setters and eco-labeling initiatives enacted a generation ago also show that tackling global problems from fisheries depletion to forest loss requires ongoing attention to how commitments are turned into practice.

These are sobering reminders, especially since scientists tell us that even if all the Paris commitments were enacted they would still fall far short of limiting warming well below 2 degrees C above pre-industrial levels, let alone 1.5 degrees, which many countries have adopted as their new goals.

How then might post-Paris efforts avoid historical patterns of commitment euphoria and then implementation disappointment?

By expanding beyond neo-classical economics inspired cost-benefit policy analysis that emphasizes efficiency and welfare maximizing solutions when making decisions about whether, and how, to take climate action. To be sure, this orientation is laudable, it has also inadvertently led to an emphasis on technical calculations, especially discount rates over broader questions of politics in general, and the role of broad based coalitions in triggering long term policy durability in particular. Cost-benefit inspired approaches have also reinforced the conception of climate change as a global commons collective action problem, whose emphasize on avoiding “shirking” or “free riding” explains why, for years, international negotiations expended considerable time in failed efforts to achieve an elusive binding “top down” agreement.

Instead, climate change is better conceived as a “Super Wicked Problem” in which, owing to its four key features – no central authority exists; those who are causing the problem seek to solve it; the future is being discounted irrationally; and time is running out – attention shifts from (almost impossible to achieve) top down agreements to identifying local policy triggers that might diffuse over time.

The Paris’ “bottom up” INDC approach is consistent with this conceptualization. But the question begging an answer is: What are innovative policy analysis tools are available to help policy makers undertake INDCs capable of trigger ongoing reforms?”

These questions focus attention on designing policies and technological innovations to reduce the likelihood that they will be reversed (as happened, for instance, with the Australian carbon tax, or Canada’s support for the Kyoto Protocol) while increasing possibility of expansion over time. Hence, forward looking path dependency analysis reorients projections of specific interventions, such treating the U.S. Clean Power Plan as an all-or-nothing package to assess its role in triggering a policy trajectory with the potential to entrench, and expand, changes at home and abroad.

We already see examples of “lock-in” in many climate friendly policy interventions around the world. In one of the first jurisdictions in North America to initiate a carbon tax, policy makers in the Canadian province of British Columbia re-directed carbon-tax revenues to cash starved municipalities, and gave rebate checks to individual citizens. While neither approach had much to do with carbon reductions directly, they each helped create a broader set of interests in maintaining the tax.  This approach focuses attention on those elements of a policy that emphasize co-benefits to increase the coalition of winners, and compensate losers, while avoiding large-scale exceptions.

The potential for entrenchment can also be built into policy design. “Feed-in” tariffs that not only encourage citizens to purchase solar panels, but increasingly reward them with lower energy costs over time, has worked well to solidify the shift to renewables in Germany.  The lesson is that policy makers should identify, when adjudicating INDCs, possible entrenchment mechanisms.

Answering the third question is the most crucial because if we can find a way to design policies for the possibility they may expand the population they cover over time and across countries, we could witness global reductions that go beyond the current Paris commitments.

Certainly we know from history that local policies can lead to expansion, such as municipal smoking bans kick-starting anti-smoking norms across North America, which have now found uptake, years later, in China and France. Likewise norm changes in support for gay marriage in North America was triggered by “bottom up’’ policies by courts and subnational jurisdictions, reinforced by what was initially a modest cadre of social activists.

These insights have practical implications for many of today’s “bottom up” solutions, such as the Gates Foundation’s emphasis on clean energy technology. Path dependency analysis focuses attention not only on the technological innovations, but also on theorizing the potential effects of clean energy in shaping broader North American energy markets and/or signaling a normative shift away from high carbon sources, such as coal. These norms in a country like the United States, in turn, could be expected to influence energy policy elsewhere, such as in export oriented countries, such as Canada, that depend on demand in U.S. markets. The key is avoiding policies that are unlikely to expand beyond initial, small-scale support

As a practical matter, forward-looking path dependency requires that policies be designed to build in room for calibration and monitoring over time. This not only allows ratcheting up or revising, but also may identify unintended new levers for future policies.

What is clear is that a post-Paris world must avoid the implementation depression phase of environmental governance in which policy traction often fails. The application of forward-looking path dependency analysis offers one promising way to do so.

Benjamin Cashore is the Joseph C. Fox Academic Director of the Fox International Fellowship at the MacMillan Center, and a Professor of Environmental Governance and Political Science at the Yale School of Forestry & Environmental Studies. He wrote this commentary with Graeme Auld, Associate Professor, Carleton University; Steven Bernstein, Professor, University of Toronto; and Kelly Levin, Senior Climate Associate, World Resources Institute, while at the 2015 Paris Climate Conference (COP 21). They are authors of “Overcoming the Tragedy of Super-Wicked Problems: Constraining our Future Selves to Ameliorate Global Climate Change,” Policy Sciences, 2012.