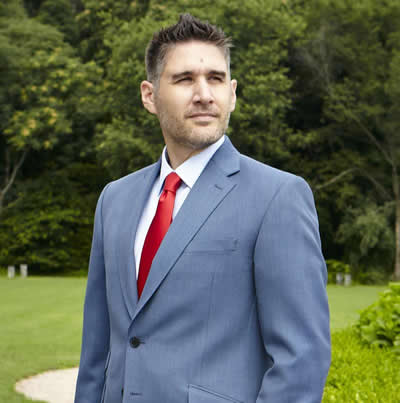 Jason Lyall is an associate professor of political science at Yale University and Director of the Political Violence FieldLab at the MacMillan Center. His research focuses on the dynamics of political violence in civil and interstate wars, with a particular emphasis on Russia and Afghanistan, where he conducts fieldwork. Professor Lyall’s work draws on diverse methods, ranging from historical and cross-national comparisons to field, survey and “natural” experiments. His research has been published in the American Political Science Review, American Journal of Political Science, Foreign Affairs, International Organization, Journal of Conflict Resolution, Journal of Peace Research, Journal of Politics, and World Politics, among others. Website: www.jasonlyall.com and Twitter: @jaylyall_red5

How did you become interested in tracking political violence?

I was conducting fieldwork in Russia on questions of grand strategy issues and foreign policy. I happened to be on the metro on night coming home from an interview and saw an ad calling for people to protest the Chechen War. I was intrigued so I went. I started meeting with the activists to see what kind of information they were collecting and distributing. And it turned out that there are reams of information about rebel and Russian activities and violence. This was right around the time when the very early work was being done on civil war studies, particularly here at Yale. There wasn’t much research yet, but you could tell a lot of people were going to be interested in studying political violence. So studying the insurgency in Chechnya and the broader Northern Caucasus really piqued my interest. From that point, I changed from being a classic international securities scholar to studying the field of political violence.

Why did you create the Political Violence FieldLab?

The FieldLab is designed to integrate the research activities and interests of faculty, graduate students, and undergraduates on the question of political violence and its effects. It provides a physical home for our research activities in Afghanistan, Iraq, and Pakistan, as well as archival research on historical conflicts. The FieldLab is also moving to support financially graduate students in conducting their own research in conflict settings, especially the use of field, lab, and survey experiments. And we host training seminars for graduate and undergraduate students in conducting fieldwork in these difficult settings as well as technical skills like web-scraping and programming. The FieldLab’s website details the six projects that our associates are currently working on. These include: Airpower and Its Limits; Humanitarian Aid and Insurgent Recruitment; Military Effectiveness in Modern War; Civilian Casualties in Afghanistan; Unemployment and Violence; and Attitude Formation in Civil War. We have between 12 and 25 student associates during the academic year. 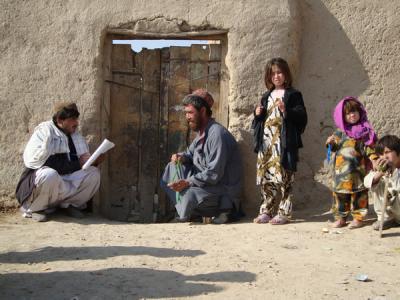 You will be researching unemployment and violence in Afghanistan in April. What do you think you will find?

We will be continuing our work with Mercy Corps (a global humanitarian aid agency engaged in transitional environments that have experienced some sort of shock: natural disaster, economic collapse, or conflict) in Kandahar, Afghanistan. They believe that people become insurgents because they don’t have jobs. This project uses a randomized control trial to examine whether providing employment training lessens support for an insurgency in a violent setting. To test this theory, we signed up 3,000 individuals, mostly men aged 18-25, living in refugee camps. Mercy Corps provides life and job skills training to these young men to see if it will wean them away from insurgency. We are also trying something new. We are giving some of them cash along with the job training. It’s about $60-70, or 4-5 months salary, which effectively raises the cost of becoming an insurgent, such that they won’t consider doing it. My job is to see if the combination of employment training and cash transfers is working to reduce support for the Taliban and, if so, which form of assistance is more effective.

You are working on another project where you examine the effects of airstrikes on insurgents. What have you found?

We are trying to determine what happens if you use airstrikes against ISIS or against the Taliban. The Air Force is very good at figuring out where they dropped the bomb and if they hit the target. After that, they don’t really have any follow up. So part of what we’re doing with the air power studies are to determine the effect on insurgent violence. Is it more or is it less? Are you creating new insurgents, or are you deterring people? Are you just spreading the violence around? What essentially happens? The Air Force has declassified their airstrike data for us to work with in Iraq and Afghanistan. The data for Iraq is for the entire Iraq war, so 2003-2009. The Afghan data runs from 2006 to 2012. It’s coded down to about one meter resolution, so you can figure out exactly what was hit. We pair these data with other types of data that the FieldLab has collected — civilian casualty data, insurgent attacks, village characteristics and so on — to determine whether insurgent attacks increase or decrease over different time periods. We can examine, for example, changes in insurgent violence 90 days after an airstrike relative to 90 days before the airstrike at varying distances (1 kilometer, 10 kilometers, etc.) from the village. We repeat this process for every airstrike or non-lethal show of force in Afghanistan, nearly 22,000 events.

All the data indicates that it a disastrous policy, but not necessarily because it kills civilians, although that’s part of it. If you drop bombs, you create a large surge of insurgent violence. They become more prolific in their violence, more lethal, and they change tactics. They learn very quickly that’s a bad idea to be standing around in a group. It’s much better to pay a farmer two bucks to put an improvised explosive device on the road and detonate it when our patrols go by. You can see in the areas that are getting bombed the heaviest, the insurgents adapt the fastest. What we’re essentially doing with the air strikes is creating a better breed of insurgent. Every time we’re dropping bombs, we actually see these blossoms of violence right afterwards, very, very quickly. Seven to ten days afterwards right in that immediate area, they strike back and hit. They’re just showing, “No, we’re still here. We still matter. We still control this area.” To the population, “Don’t get any ideas. We still control this area and we’re going to hurt the counter insurgent. We’re going to hurt the United States. We’re going to hurt the Afghan forces to show that we’re here.” It’s basically an action-reaction cycle repeated thousands of times all over Afghanistan.

Do you think your research will have an effect on military policy?

Hopefully. We have close ties with the Air Force and the FieldLab is funded in part by a grant from the Air Force Office of Scientific Research. We’ve briefed these findings to Air Force audiences in the United States and overseas.

Another of your projects looks at the effect of humanitarian aid on insurgent recruitment. What are you finding?

This projects investigates the effects of humanitarian assistance in conflict settings, something we know surprisingly little about. In particular, we’re evaluating a USAID program in Afghanistan known as the Afghan Civilian Assistance Program (ACAP). It provided assistance in the immediate aftermath of US or Taliban violence against the civilian population. The results were quite mixed. In some areas, the aid did increase support for the Afghan government and the US, potentially reducing the negative consequences of hurting civilians. But in other locations, providing assistance only increased support for the Taliban. Why? We believe that villagers understood that in these areas, typically Taliban-controlled, US aid was only being rendered because the Taliban were permitting it. In other words, the Taliban were able to take credit for the aid even though they weren’t providing it. As a result, this “credit capture” meant that at least some of our humanitarian assistance was backfiring. Given that hundreds of millions of dollars have been spent on humanitarian aid in Afghanistan and elsewhere, it’s important to understand when, where, and why such programs actually work rather than emboldening the insurgency and prolonging the conflict.

What are you trying to determine in the Civilian Casualties in Afghanistan project?

We’re reconciling four different datasets of civilian casualties in Afghanistan since about 2008. We have about 150,000 individual records of civilian victimization that we’re examining. Our student associates are working through these different records to identify duplicates and to merge together data from different sources so that we can have a reliable set of data on civilian casualties, something we lack right now. With these data, we’ll be able to understand insurgent targeting patterns as well as overall patterns of harm, allowing us to help direct assistance in especially needy areas.

What is your hope for the Political Violence FieldLab?

My hope is that we build a community of scholars who are interested in doing cutting-edge research in conflict settings and that also speaks to broader policy and ethical discussions. We, of course, would like to publish our articles and books with in top scholarly outlets. But we also have a commitment to public outreach, whether in the form of policy briefings, blog posts, or partnering with local and national NGOs and state agencies to improve their capacity for impact evaluation in difficult, violent, settings.