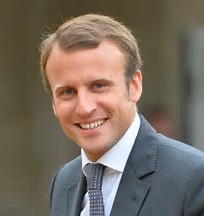 On Sunday, in the second round of elections for the French National Assembly, newly-elected French President Emmanuel Macron’s La République En Marche (Republic On the Move), with its centrist ally, the Mouvement démocrate (Democratic Movement), won in a landslide; REM won 308 seats and MoDem another 42 seats in the 577-seat National Assembly, giving them a majority of just over 60 percent.

As large as it is, the REM-MoDem majority turned out to be considerably smaller than the last polls suggested it would be, largely because supporters of the Republicans, unlike those who supported parties on the left or extreme right in the first round, turned out to vote in the second round, despite the polls suggesting a massive REM-MoDem landslide. One indication of that is the fact that the Republicans were the only party, aside from REM and MoDem, to increase their share of the vote from the first round to the second.

Nevertheless, even with a slightly smaller majority than most polls had suggested, there can be no doubt that, for the next five years, Macron and his government will face a dispirited and divided opposition. The Socialists and their Left Radical allies, who held 292 seats in the outgoing Assembly, will hold only 32 seats in the new one. The party that François Mitterrand rebuilt in the 1970s and led to victory in 1981, has been shattered, having received only seven percent of the vote in last week’s first round, compared with 29 percent in the first round five years ago. Likewise, the National Front, the party of Marine Le Pen, who won 34 percent of the vote in the second round of the presidential election on May 7, dropped back to 13 percent in the first round, one percentage point less than what it received five years ago.

Many, regardless of partisanship, will cheer the fact that, with a large majority in the Assembly, the government will be better equipped, in terms of having a strong legislative majority, than any government in recent years to address the serious economic and security challenges facing the country. Nevertheless, there is one disconcerting aspect of the Assembly election: turnout was abysmal.

As worrisome as the exceptionally low turnout in the Assembly election may be for those concerned with the quality of contemporary French democracy, there are several reasons why we shouldn’t be surprised. For one thing, given the steady drumbeat of polls after the first round that predicted a majority in the range of 390 to 470, it’s hardly surprising that large numbers of voters for the Left and Extreme Right parties stayed home or, if they did go to the polls, cast a blank or nul vote.

Beyond the discouragement caused by the projected landslide, the rules of the two-round electoral system meant that many voters simply had no opportunity to vote in the second round for a candidate of their preferred party. Four seats were won by candidates who received more than half the vote in one of the 577 single-member constituencies in the first round. Only candidates who received more than 12.5 percent of the vote in a constituency were eligible to compete in the 573 constituencies that voted in the second round. Given the large number of parties that contested the first round, there was only one constituency among the 573 that had a three-way race in the second round; in all the others, there was a two-candidate race.

There may be an additional reason for the low turnout in the second round beyond the discouraging effect on some voters of the polls predicting a pro-Macron landslide and the fact that for many voters their preferred party did not make it to the second round. French voters appear to have accepted the underlying institutional logic of the Fifth Republic, which accords primacy to the president rather than the parliament and bases the president’s authority on the direct support of voters, whether expressed, as it was in the early years of the Fifth Republic, in referendums called by President de Gaulle or, after 1965, in direct presidential elections. The close temporal sequencing of presidential and legislative elections that occasionally, as in the elections of 1981 and 1988, allowed the outcome of the former to influence the outcome of the latter was formalized in the 2000 constitutional amendment that reduced the presidential term from seven years to five, making it coterminous with that of the National Assembly and ensuring that the election of the National Assembly would closely follow, and in all likelihood be influenced by, the presidential election. All of which is to say that, given the institutional logic of the Fifth Republic and the sequential ordering of presidential and legislative elections, we should not be surprised either that REM and MoDem won a large majority of the Assembly seats or that turnout in the Assembly election was abysmal.

David R. Cameron is a professor of political science and the director of the Program in European Union Studies at the MacMillan Center at Yale.