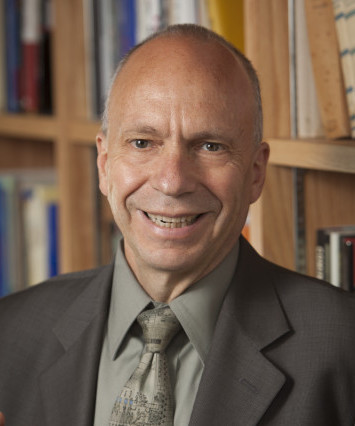 How did we get from the huge euphoria that followed the fall of communism in the early 1990s to our present politics of fear and resentment, and what are the prospects going forward?

Sterling Professor of Political Science Ian Shapiro plans to answer these questions for Yale students and the general public in his fall 2019 course “Power and Politics in Today’s World,” the latest in Yale’s DeVane Lecture series. The DeVane Lecture series is a free program that invites members of the New Haven and Yale communities to attend a semester-long class alongside Yale students, who can take the course for credit.

Shapiro’s 2019 DeVane course will be a comparative study of power and politics since the Cold War. From Aug. 29 to Dec. 5, the class will meet from 11:35 a.m to 12:50 p.m. on Tuesdays and Thursdays in the lecture hall of Sheffield-Sterling-Strathcona Hall (SSS 114), 1 Prospect St. Click here for the class webpage, which includes the course syllabus and resources for the public.

“I’m very much looking forward to the opportunity and challenge that this class presents,” says Shapiro. “These are issues that many people are interested in. Like it or not, they are reshaping our lives.”

“Power and Politics” does not require participants to have prior specialized knowledge, but Shapiro says he’s committed to making it as rigorous as any Yale course, not abridging or watering down any of the content. It draws on materials he has been teaching in Yale College, the School of Management, and the Law School in recent years.

“Power and Politics in Today’s World” is divided into five parts, beginning with the global collapse of communism and its aftermath in the late 1980s and early 1990s. In part two, the focus shifts to the post-communist global order and growing optimism about the future, when commentators like Francis Fukuyama declared that countries the world over were converging on benign forms of liberal democracy. Part three, “The End of the End of History,” addresses the more pessimistic politics ushered in by 9/11, marked by protracted wars across the Middle East and the global financial crisis of 2008. Here, Shapiro says, he’ll also discuss “paths not taken”: what could have been done differently to lead to better outcomes. The penultimate section of “Power and Politics” deals with the forces shaping our current politics, specifically the enduring job insecurity that Shapiro contends is driving today’s political turmoil.

The last part of the course on “What is to be done?” focuses on the future. “There we’re going to explore policies that could address the economic insecurity that is making the politics of fear and resentment so potent and destructive,” says Shapiro. “We will discuss political reforms that are needed, economic reforms that are needed, and the relations between them.”

“The basic economic problem is that long-term job security is a thing of the past,” he elaborates. “People my age could expect to take a job out of college and do it until retirement. Young people today have to anticipate changing jobs five, six or even more times during their lifetimes. That is a frightening prospect for many millions of people. We need policies to address long-term structural employment insecurity more than anything else.”

“The basic political problem is that people focus on the rise of populism and gridlock without understanding what’s producing it. Political reform over the last three decades has mostly been like bloodletting. We’ve been making changes that either have no effect on our politics or actually make things worse by weakening political parties to the point of incapacitation. We need to reform the political systems to change that,” he says.

After the conclusion of “Power and Politics in Today’s World,” Shapiro intends to record an online version of the class that will be available free via Coursera.

The DeVane Lecture series was established in 1969 in honor of William Clyde DeVane, dean of Yale College from 1939 to 1963. The last DeVane Lecture course was “The Evolution of Beauty: From Warblers to Warhol,” taught by Richard O. Prum, the William Robertson Coe Professor of Ornithology, Ecology, and Evolutionary Biology at Yale.

Shapiro is the former Henry R. Luce Director of the Whitney and Betty MacMillan Center for International and Area Studies at Yale. He has written widely and influentially on democracy, justice, and the methods of social inquiry. A native of South Africa, he received his J.D. from the Yale Law School and his Ph.D. from the Yale’s Department of Political Science, where he has taught since 1984.