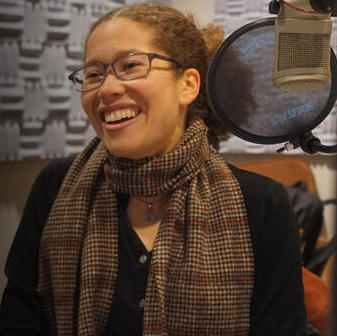 Thomas Thurston talks with J’Nese Williams about her project “Race, Place, and Expertise: Working in the St. Vincent Botanic Garden, 1765-1822” as part of Slavery and Its Legacies, a podcast by the Gilder Lehrman Center for the Study of Slavery, Resistance, and Abolition at the MacMillan Center.

J’Nese Williams is a Mellon Postdoctoral Fellow in the Stanford Humanities Center and a lecturer in the Department of History. Her book project, The Texture of Empire: Britain’s Colonial Botanic Gardens, Authority, and the Age of Revolution, explores the creation of authority in both imperial rule and scientific work. The Texture of Empire spotlights botanical workers, both enslaved and free, as they navigated changes in governmental and scientific culture. By prioritizing the perspectives of people in the colonies, this manuscript offers a new account of government efforts to transform colonial environments with botanical knowledge and botanical workers’ use of botanical knowledge to transform their lives.