Rebuilding A Multilateral World After Trump 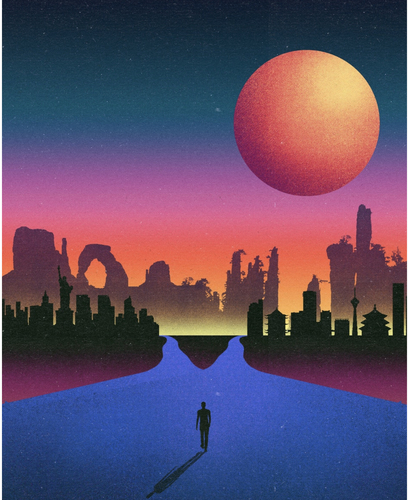 Repairing the damage to international cooperation will be a work of patience, diplomatic craftsmanship and the slow recovery of mutual trust. And it cannot be done by America alone.

The following essay was written by Ernesto Zedillo, director of the Yale Center for the Study of Globalization, and appeared in Noema on November 19. It is adapted from his remarks at the Berggruen Institute’s 21st Century Council Understanding China conference in Guangzhou.

In September of 2003, Kofi Annan famously gave a speech titled “A Fork in the Road.” He was deeply worried at the time about recent events that, in his view, had indeed put the world at a point where tough choices had to be made.

The United Nations secretary-general’s serious concern essentially stemmed from a reemergence of unilateralism and disregard of international law, whose chief expression had been the invasion of Iraq earlier that year. Annan thought that the unilateral use of force — that is, not properly sanctioned by the Security Council — in reaction to real (or even just perceived) threats, such as terrorism or weapons of mass destruction, posed a fundamental challenge to the principles on which, however imperfectly, world peace and stability had rested for almost six decades.

He was raising the alert about a precedent that could result in the unilateral and lawless use of force, with or without justification. That precedent, he warned, would run against the belief in collective answers to our common problems and challenges, and neglected the shared vision of global solidarity and collective security that had been pledged in the Millennium Declaration three years earlier, in September of 2000.

To be sure, as Annan was ringing the alarm for a weakening of the multilateral system on issues of international peace and security, other aspects of that system seemed to be doing reasonably well.

For example, in the wake of the 9/11 atrocities, the World Trade Organization had nevertheless continued its plans to meet in Doha, Qatar in November, a landmark gathering where not only was China admitted at last, but also the organization had embarked on a new round to further liberalize international trade in merchandise and services. Moreover, early the next year, world leaders had gathered in the north of Mexico and agreed to the Monterrey Consensus to give economic and further political support to the pursuit of the Millennium Development Goals.

In short, multilateralism, the necessary companion of globalization, while certainly in need of being reformed and reinforced, was far from faltering and still providing good service to the causes of global prosperity and stability.

Notwithstanding the failings highlighted by Annan (and others) at the time of his “Fork in the Road” speech, today we can recall the state of the multilateral system back then with enormous nostalgia and wish we could be at least at the juncture he was then depicting. The international rules-based system, and certainly its key multilateral institutions, have been under an incredibly brutal and unprecedented assault for almost four years now. Although there is much blame to go around for the recent damage, the United States stands out by far as the main aggressor.

The Trump administration has literally vandalized many of the system’s institutions and agreements, which ironically were spearheaded by America, and used for its advantage. Instances of such assault abound: the withdrawal from the Paris climate agreement, the UN Human Rights Council and UNESCO; the plan to do the same from the W.H.O.; the termination of the Intermediate-Range Nuclear Forces Treaty; the refusal to negotiate and join the Global Compact on Migration; the repudiation of the Iran nuclear deal; and the paralysis of the WTO’s dispute resolution mechanism.