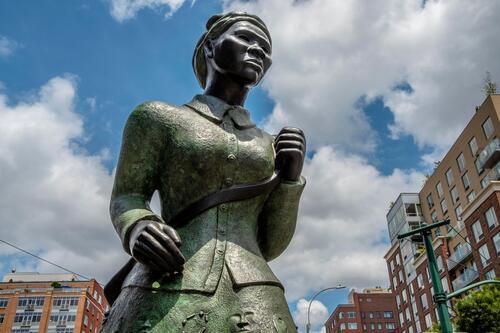 The following article written by David W. Blight, Sterling Professor of History and Director, Gilder Lehrman Center for the Study of Slavery, Resistance, and Abolition at the MacMillan Center, appeared in the New York Times on July 17, 2020.

On July 9, former Vice President Joseph Biden announced a new slogan for his campaign: “Build Back Better.” In economic terms the tag line makes sense even if it lacks moral inspiration. It complements the call others have made for a “Building Back Freer” Covid-19 recovery process that both incorporates our current racial reassessment in the United States and responds to an escalating crisis of labor exploitation and modern slavery across the globe.

When Trumpism can finally be ushered into oblivion, there will be much to rebuild. Our new Reconstruction will need local imagination, but also federal leadership on the cultural front.

The Biden campaign has established task forces on health care, immigration, the economy and racial inequality, education, climate and immigration. The campaign should promptly do the same on our roiling national confrontations over monuments, memorialization, and the learning and uses of history.

According to Smithsonian Magazine, between the massacre at Emanuel A.M.E. Church in Charleston, S.C., in June 2015 and June of this year, as the protests against the murder of George Floyd filled American streets, over 100 Confederate monuments or symbols were removed across the country. Many more have been toppled in the past month. Thousands more statues, street and school names, plaques and other emblems of the Confederacy remain. In time much if not all of this memorial landscape in civic spaces may be removed.