Report documents ongoing persecution of the Yazidi community in Iraq 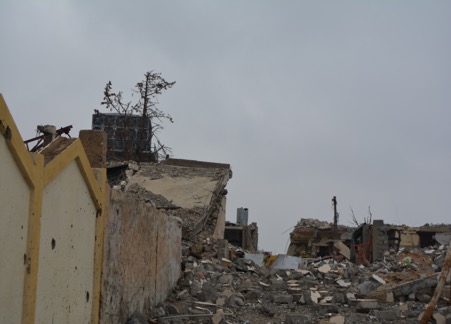 The Genocide Studies Program at Yale University has released “Before It’s Too Late,” a timely report that addresses the genocide of the Yazidis in Iraq and demonstrates the ongoing need to protect the ethnic and religious group from persecution.

The report, authored by lawyers and scholars working with the Persecution Protection Project, details the extent of continued discrimination, vulnerability, and persecution threats confronting the Yazidi as the fifth anniversary of the onset of the genocide approaches.

“The atrocities committed against the Yazidis can never be undone, but it’s not too late to stop history repeating itself,” said Melinda Taylor, an international criminal law and human rights attorney, and one of the report’s authors. “The Persecution Prevention Project endeavors to document the facets of persecution experienced by Yazidis in their daily life in Iraq, along with the level of protection that is currently available to them, in order to assess the ongoing risk of genocide, persecution, and other mass atrocity crimes.”

David Simon, director of the Genocide Studies Program, added: “The analysis in this report paints a sobering picture of the challenges facing the Yazidi community today.  The Genocide Studies Program hopes that the report, and our website, will be helpful to all concerned parties — including scholars, journalists, policymakers, lawyers, and activists — and prompt concerted action to support the Yazidi people and end their persecution.”

On Aug. 3, 2014, ISIS troops targeted Yazidi residents while invading Sinjar, the primary homeland of the Yazidi people, as well as the location of many important Yazidi cultural and religious sites. By nightfall, Sinjar was effectively under ISIS control. An estimated 3,000 to 5,000 Yazidis — mostly men and elderly women — were killed. Approximately 6,000 — mostly young women and children (both male and female) — were taken captive to be held and sold as slaves, and then subjected to repeated rape and beatings. Young boys were pressed into military service as early as the age of 7. Tens of thousands fled the city to surrounding areas.

The episode may comprise the 21st century’s clearest case of genocide, as defined by the United Nations Genocide Convention, says the report, pointing out the perpetrators intentionally targeted the Yazidi for destruction. The ISIS combatants’ acts corresponded precisely with those enumerated in the convention: killing, causing serious bodily and mental harm, “inflicting on the group conditions of life calculated to bring about its physical destruction,” preventing births, and forcibly transferring children from one group to another, the report states.

As the fifth anniversary of the genocide approaches, the damage of the genocide against the Yazidi remains raw and deep, and the risk of continued persecution remains high, according to the report. Although ISIS has been officially defeated, not a single conspirator or perpetrator of the genocide has been brought to justice and hardly any have even been tried.

The report found that even where ISIS has lost control in areas of Iraq, the genocidal ideology directed against Yazidis has not abated. Extremists claiming to adhere to ISIS’s ideology continue to threaten people in the region. Local communities that collaborated with ISIS in the violence against the Yazidi live on in the area with impunity. As Iraqi and Kurdish forces struggle with one another for access and control in the area around Sinjar, neither has demonstrated a commitment to prioritizing the security of the Yazidis, according to the report.

The Genocide Studies Program is an affiliate of The Whitney and Betty MacMillan Center for International and Area Studies at Yale University. Two of the lead authors of the Persecution Prevention Project report — Taylor and International Criminal Court barrister Sareta Ashraph — participated in a symposium that the program sponsored in April 2019. The report reflects several of the insights gleaned at that symposium.

The full report is available on the Genocide Studies Program’s website.