Responding to the crisis in northern Ethiopia 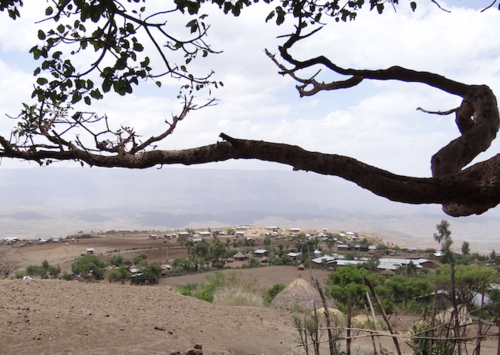 The Genocide Studies Program (GSP) at Yale MacMillan convened a two-part webinar on “Responding to the Crisis in Northern Ethiopia” on Tuesday, November 16. More than 1,200 people attended the online event. The first part featured the co-chairs of the United States Senate Human Rights Caucus, Senator Chris Coons (D-Delaware) and Senator Thom Tillis (R-North Carolina). The second part featured a conversation with GSP director David Simon about the reasons why there is concern over the possibility of genocide in Ethiopia in recent months and in the near future. Both parts were moderated by CNN’s Nima Elbagir. (view video)

Senators Coons began by noting the United States’ interest in preventing atrocity in Ethiopia, which he called “one of the most important states in all of Africa.” He had visited Addis Ababa in March of 2021 as an envoy of President Biden, charged to hand-deliver a letter to Ethiopian President Abiy Ahmed urging him to take steps to prevent violence and atrocities in the country. Senator Coons noted with chagrin that violence, including attacks on civilians, had nonetheless continued over the course of the year—a determination supported in a report issued earlier in the month by the Ethiopian Human Rights Commission (EHRC) and the UN Human Rights Office which found, in the Senator’s words, that “there have been gross crimes against humanity committed by all parties: by the Eritreans, by Amhara militia, by the Ethiopian Defense forces, by the TPLF and other Tigrayan fighters.” The two Senators described the bipartisan support for a bill that would impose targeted sanctions on individuals from any side of the conflict that could be deemed to have been responsible for attacks against civilian populations and other atrocities. Senator Tillis added gridlock at the United Nations Security Council meant increased urgency for bilateral action given that, in his words “lives are hanging in the balance.

The conversation between Elbagir and Simon centered on how the dynamics of polarization in Ethiopia contribute to the sense that a there was a real threat to civilian populations. In response to a question about the definition of genocide, Simon read aloud Article 2 of the United Nations Genocide Convention. He noted that, empirically, genocide has often been a politically motivated process. A core element of that process, he claimed, was a pattern in which extremists use identity politics to radicalize supporters—a process made more dangerous in a context of proliferating arms.

Simon observed that the polarization (though not the threat of genocide, directly) was evident in the preparations for the webinar itself. The Program desired to include a balance of Ethiopian voices on the panel, provided they would not merely articulate the narratives of one side vilifying the other. However, individuals who had been considered or invited to participate in the event, opted not to do so, citing concerns for their safety if they did.

In response to a question about what needs to happen to generate a more positive outlook for Ethiopia, Simon concluded with two points. The first was that the way forward had to involve negotiating a peace between the government and those fighting, given that “As long as there is fighting there is only going to be further polarization and radicalization, and thus a greater risk of mass atrocity crimes including genocide.” The second was that making a choice not to get involved (for instance, by supporting and incentivizing a peace process) would be a “grave mistake”—and would show that the international community had not, in fact, learned any lessons from its passivity as genocide unfolded in Rwanda 27 years ago.