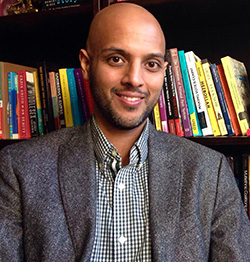 The Yale professor’s first book, Elite Parties, Poor Voters: How Social Services Win Votes in India, examines how political groups use social services to win unlikely support from disadvantaged voters, through a study of Hindu nationalism in India. The book and the dissertation on which it was based has won six prizes, including the Luebbert Award for best book in comparative politics from the American Political Science Association, the Leon Epstein Award for best book on political parties, and the MacMillan Center’s Gaddis Smith International Book Prize for best first book by a Yale faculty member on an international subject. Thachil’s articles have appeared in the American Political Science Review, Comparative Political Studies, Comparative Politics, Contemporary South Asia, and World Politics.

A graduate of Stanford University, Thachil earned his M.A. and Ph.D. in government from Cornell University. He joined the Yale faculty in 2010 as assistant professor in the Department of Political Science. Thachil also is a research fellow at the Whitney and Betty MacMillan Center for International and Area Studies. He has twice served as director of undergraduate studies of South Asian studies.