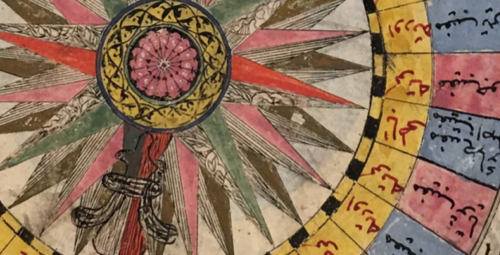 We live in a globalized world where emails, international stock exchanges, and long-haul flights contract time and space. But does our modern fixation with globalization lead us to underestimate the remarkable movement of people, good, and ideas in history?

Twelve historians assembled in New Haven on April 5 and 6 to ask just that. The conference, titled “Trading Worlds: Empires, Oceans, Seas,” was organized by Professor Alan Mikhail, Yale, and PhD student Ellen Nye. It was sponsored by the Council on Middle Eastern Studies at the MacMillan Center with support from the Edward J. and Dorothy Clarke Kempf Memorial Fund. The speakers specialized in the history of different parts of the world including China, South Asia, the Middle East, Europe, and Pacific region.

Together, they asked three questions. First, they investigated whether with the larger movement of people around the world beginning in the fifteenth century, we detect greater synchronicity in response to stronger global connections. In response, Maxine Berg, University of Warwick, presented the global history of Nootka Sound, now near Vancouver. She revealed how in the 1790s through the maritime fur trade this “small place on the Pacific coast” served as a global hub connecting Asia, Russia, Spanish America, the North Atlantic American coast, and Europe. Sebouh Aslanian, UCLA, examined the financial mechanisms that allowed Armenian merchants to trade across Eurasia, from London to Indonesia, fostering long-distance trade.

Second, the conference asked whether the “early modern period” (roughly defined 1400-1800) is a meaningful time period for global economic history. Are there global turning points separating the early modern from what came before and after? Peter Perdue, Yale, argued for continuity over time. He presented the biographies of three Chinese men from the sixteenth to the twentieth century who had “the support of a three-legged stool: connections to Chinese officialdom, links to foreign patrons, and roots in local society.” He argued that these intermediaries between the Chinese government and European merchants shared similar characteristics despite the intervening centuries.

Through conference presentations and conversations, these historians working on regions all over the world broke out of their own geographical and theoretical spheres to engage with some of the overarching challenges pertaining to early modern global exchanges.