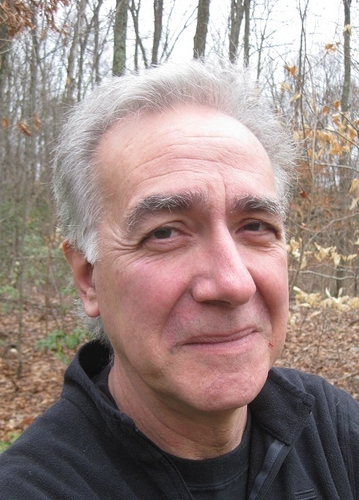 The following commentary written by Carlos Eire, the T. Lawrason Riggs Professor of History and Religion, appeared in the New Haven Register on August 19:

I’m no expert on Afghanistan, but I do happen to be a historian and an expert on the subject of betrayals by the United States. After all, like all Afghans, I was born in a place where bad decisions made by American presidents had a horrific impact.  I’m Cuban.

The sudden humiliating loss of Afghanistan to the Taliban barbarians is no surprise. When an occupying force suddenly leaves a country after twenty years of presence there – a country full of rabid extremists backed by other nations – those radicals are bound to take advantage of the situation. President Biden knew this could happen, but he didn’t seem to care. He said no such thing was possible, up until the moment he was proven to be a liar by the Taliban themselves. And now many Americans are trapped there, along with thousands of natives who fear the wrath of the Taliban. So it goes. Shameful things of this sort have happened before, way too many times, and will most likely keep happening until the United States learns to act more wisely with troublesome nations.

Simply put, the United States has abandoned the Afghan people after twenty years of costly investment in the struggle against terrorism. It’s not just an issue of the trillions of dollars spent on this careless war, but also of the 2,448 Americans who lost their lives fighting on Afghan soil, and the more than 20,000 who came home with injuries, many of them life-altering. This colossal expenditure in lives and money has been squandered, made to seem pointless. We rushed in there blindly to eradicate the Taliban and Al-Qaeda, ostensibly to make America safe, never weighing how staggering the odds against success truly were. So, now the Taliban are in control again, and they have already invited Al-Qaeda to set up shop there anew.

The cost of this defeat to American pride and trustworthiness is immense. But this dismaying loss of face is dwarfed by the price to be paid by the Afghan people, who will once again become subject to a tyranny as heinous as any seen in history. Our sudden pullout was a betrayal, pure and simple. Many or perhaps most Americans have no idea what it feels like for any foreigner to be betrayed by another nation that had pledged to help, and whose promises seemed trustworthy.

Ask any surviving Kurd who rose up against Saddam Hussein in 1991, at the urging of President George H. W. Bush, only to see the United States stand by idly as Hussein wiped out thousands of Kurds with chemical weapons. Ask any South Vietnamese who tried to flee Saigon in 1975 as it was overrun by North Vietnamese and Viet Cong communist troops, after the pullout of American military forces.

While you’re at it, ask any Cuban who watched their own volunteer freedom fighters betrayed at the Bay of Pigs by President John F. Kennedy in April of 1961. These men had been trained and funded by the United States under President Dwight D. Einsenhower, but President Kennedy, who had only been in office for three months, chose not to follow up on what had already been set in motion in a most unprincipled way. Although he approved the invasion and ordered its launch, he suddenly changed his mind as soon as the invaders set foot on Cuban soil and withdrew all air and naval support, leaving them as sitting ducks to be slaughtered or captured. Eighteen months later, he had a missile crisis on his hands, and he had no one to blame but himself for bringing the world to the brink of nuclear annihilation. Those Soviet missiles on Cuban soil were a direct result of his wanton betrayal of the men he sent into battle.

I’m one of those Cubans old enough to remember Kennedy’s betrayal, vividly. The crushing of the invasion led to the imprisonment, torture, and execution of some in my family. Watching the captured invaders humiliated on live television made a huge impression on me as a child. Many of them openly confessed that the United States had pulled the plug on them and left them to die. I refused to believe it. Years later, as an adult, I would come face to face with the awful truth. Kennedy’s unprincipled decision still stings, and will keep stinging until the day I die.

I wept when I saw images of Kurdsish children killed by poison gas in 1991, just as I had wept in 1975 watching desperate Vietnamese being helicoptered off the roof of the American embassy in Saigon. The old wound had been reopened. Once again, I have wept in the past few days, and am still weeping as I write this, looking at images from Kabul. One image in particular burns like acid in my eyes: an Afghan falling from an airplane he was unable to board. He held on to the plane’s fuselage as long as he could, hoping to escape the savagery of the Taliban, but it was hopeless. As hopeless as counting on the United States and its promises.

Is there any lesson to be learned here, after Kabul? Yes, and it’s very simple. No superpower should involve itself in helping less fortunate nations to keep their own barbarians at bay, unless they can commit themselves fully to vanquishing those savages, perhaps even to civilizing them, as was done with the Axis powers eight decades ago.

No American should be asked to die for another nation unless absolute victory is the goal and there is zero tolerance for defeat. Wars that obviously cannot be won—such as the one in Afghanistan—should never be fought. And promises that cannot be kept should never be made.