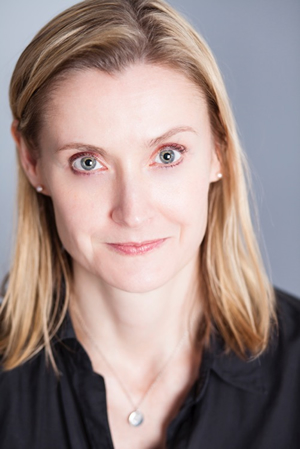 The mission of the Gilder Lehrman Center for the Study of Slavery, Resistance, and Abolition (GLC) at the MacMillan Center is to promote scholarship and public programming about the history of slavery across all borders and all time. Increasingly, this mission includes a focus on contemporary forms of forced labor in addition to the history of slavery in the Americas. For each of the past four years, the GLC has sponsored one yearlong research fellowship dedicated to exploring modern day slavery and human trafficking. With the help of a major grant from the Minneapolis-based Robina Foundation, the Center is now able to expand many of its programs. One of the new projects supported by this grant is funding for a second yearlong fellow. Marilyn Wilkes at the MacMillan Center recently sat down with Tammy Ingram, the inaugural Robina Fellow for Modern Slavery at the GLC, and an associate professor at the College of Charleston, to discuss the development of her forthcoming book, The Wickedest City in America: Sex, Race, and Organized Crime in the Jim Crow South. An edited version of the conversation follows:

What does your title as the Robina Fellow in Modern Slavery mean to you?

Obviously, the focus of a lot of the work at the Gilder Lehrman Center is on slavery and abolition in the nineteenth century. My work focuses on the South’s very long legacy of political violence and corruption, including the exchange of bodies of men and women and children in the period between Reconstruction and the mid-1950s. The ways that my colleagues write about American slavery helps me think about the transition after Reconstruction into a different kinds of exploitation. My research into organized crime in Phenix City, Alabama in the post-Civil War South is a narrative device to talk about links between the enslavement of African American men and women prior to the Civil War and modern ways of exchanging people and controlling their labor.

What is the wickedest city in America?

Phenix City, Alabama, is a small outpost along the Chattahoochee River. My book tells the story of how the city became the headquarters of an extensive crime ring following the Civil War. By the 1950s, the mob in Phenix City was running a sophisticated gambling enterprise that generated $100 million a year and enabled racketeers to control local and state politics. But the mob’s wealth and power also depended upon more nefarious businesses. Central to the rise of organized crime in Phenix City, and by the 1930s the rest of the South as well, was the growing power of the southern mob to control, exchange, and profit from the sale of women’s and children’s bodies. Prostitution and illegal adoptions—especially involving children of single or poor mothers—were extensive operations that enriched the so-called “Dixie Mafia” and linked it to criminal networks outside of the region.

How did you learn about Phenix City and what led you to write about it?

I used to teach a course on film and Southern history and I stumbled across a film called The Phenix City Story. It’s a terrible B movie made by a famous true crime filmmaker who did Kansas City Confidential, a guy named Phil Karlson. I watched it just out of curiosity because I knew where Phenix City was since my dad was stationed near it at Fort Benning, but I didn’t think it was true. As I started looking into it, I learned that the movie is based on a true story about Albert Patterson who was shot to death less than two weeks after winning the Democratic nomination on June 18, 1954, to become attorney general for the state of Alabama. The three people who were indicted for his murder were the circuit solicitor, the deputy sheriff, and the sitting attorney general. I wasn’t thinking of doing a book on this, but as I started digging into it, I kept learning more and more terrible things about the mob that ruled Phenix City for decades. Every time I’d come across some new myth or some new story, I thought, “Well, this can’t be true and I’m going to reach the limits of the story.” Then I’d start digging and discover that, in fact, it was true and it would lead me down another rabbit hole. Among the stories—and this is the link to the work I’m doing here at GLC—were stories about the prevalence of prostitution. In Phenix City they were they were running young and underage girls through brothels. One of the most famous ones was disguised as a fish camp on the edge of town, and it was run by the deputy sheriff.

What are some of the other stories you’ve investigated for your book?

Another story I came across that I thought couldn’t be true was a story about a black market adoption ring. A local doctor and his wife were illegally adopting out children. Sometimes they were unwanted children of prostitutes from Phenix City and I assumed that was the source of most of this, but it’s really not. There were also women—white and black—who were married and couldn’t afford to have another child, and there were others who were not interested in terminating their pregnancies. Those kinds of cases are links to modern slavery and human trafficking that I’m focusing on.

How were you able to confirm the stories?

The way that I found out that some of the worst stories about the prostitution rings were true is that I started seeing references in the archives to the National Guard investigation that happened after the murder Albert Patterson.

Regarding the story about the illegal adoptions, I kept coming across references to it in the archives, but it was still just word of mouth and rumors that the National Guard investigators were getting and I couldn’t find any hard evidence, so I thought it probably wasn’t entirely accurate until I went to Alabama and interviewed Albert Patterson’s son, John, who is ninety-five [four years after his father’s murder, John Patterson served as Governor of Alabama, preceding George Wallace]. I’ve been a couple of times to interview him, and I asked him about the black market baby ring I kept reading about. He said “It is true, and I was the attorney for one of the mothers who sued the doctor and his wife to try to get her child back.” During Senator Estes Kefauver’s 1955 subcommittee hearings on juvenile delinquency, Patterson was the first person to testify and he spoke about this case.

What do you think sets your book apart from others?

While many scholars have explored the ways that the abolition of slavery and the crisis of Reconstruction shaped ideas about race, crime, and punishment, my project takes a new approach by showing how the end of the war created new opportunities for the trade in human flesh. As my research on the trafficking of poor white women as prostitutes illustrates, however, the story of gender, sex, and violence in the South was about class as well as race. Just as the state used chain gangs to secure black labor and white men used terror to control black women and men, the organized crime syndicate that dominated Phenix City manipulated the vulnerability of poor whites in the post-Civil War years to assert control over the bodies of the young women they traded throughout their increasingly powerful, multi-state prostitution ring. My project on the sex trade that emerged in the late nineteenth-century South and flourished in places like Phenix City well into the twentieth century helps us to better understand the origins of modern-day human trafficking and illuminates its deep roots in organized crime.