What’s been learned about genocide since Rwanda 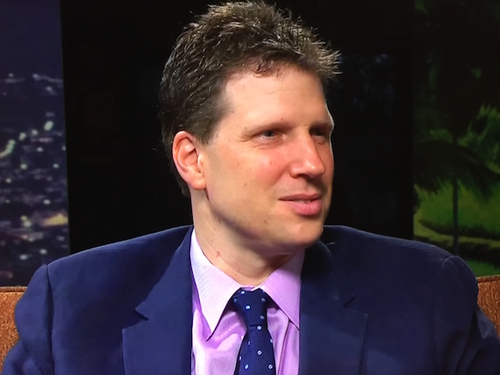 NPR’s Lulu Garcia-Navarro talks with David Simon, who directs the Genocide Studies Program at Yale University, on the 25th anniversary of the start of Rwanda’s genocide. (go to NPR site)

Over 100 days in 1994, 800,000 people died in Rwanda. The genocide began 25 years ago on today’s date - members of the Hutu majority killing minority Tutsis and moderate Hutu en masse. It was a never-again moment for the world. And yet the world has not lived up to that promise. David Simon directs the Genocide Studies Program at Yale. He’s in Rwanda now at a memorial conference, and he joins us. Good morning.

GARCIA-NAVARRO: What are you hearing there at the conference? What are they saying at this particular moment?

SIMON: Well, for Rwanda, it’s a - a moment like this is a moment to look back and mourn the dead. But when they look back at 1994, they remain, I think, justifiably very angry at the way the world, especially in the form of the United Nations but also the French in particular, let them down. And that still reverberates in 2019.

GARCIA-NAVARRO: Yeah. Are the lessons of the Rwandan genocide 25 years later different than they were immediately afterward or even a few years afterward? I mean, do we know much more about genocide?

SIMON: Absolutely. I think we do know a lot more. You know, it’s easy to say that because genocide persists, we haven’t learned the lessons of Rwanda. But the things that we have learned has led to the development of things like early warning systems and national and international institutions. So for example, the Atrocities Prevention Board in the U.S. or the United Nations Office for the Prevention of Genocide did not exist in 1994 and do now in trying to urge people into action.

GARCIA-NAVARRO: And so what are the big lessons that we haven’t learned?

SIMON: In Rwanda, France’s connections to the genocidal regime, in the United States, fear of a Somalia-like quagmire that could have endangered U.S. troops, together led the Security Council to vote actually to pull peacekeepers out of Rwanda after the genocide had started rather than sending more in. So the lesson that we should have learned is that we have to - and those powerful countries in particular - have to privilege human protection over national interests.

GARCIA-NAVARRO: And yet we see, at this particular moment in time, isolationism on the rise. We see it in Brexit. We see it here in the United States. Does that make the fight against genocide more difficult?

SIMON: Oh, I think it absolutely does. There’s been a lot of progress in the last 25 years, including the creation of their doctrine that’s called Responsibility to Protect, which says that the United Nations has a responsibility to protect the people of a country when their own states fail to do so. What happens if that multilateralism falls apart is that we start to question those powers that do intervene. You start to question their motives in those instances where multilateralism falters.