Zedillo and others to meet with top political leaders in China 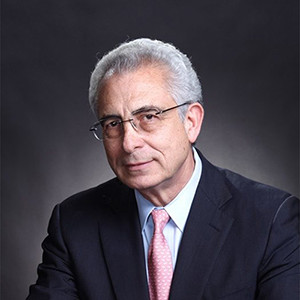 Ernesto Zedillo ’81 Ph.D., the Frederick Iseman ’74 Director of the Yale Center for the Study of Globalization, will be among a group of diplomats who will visit Beijing, China April 1-3 to meet with key political leaders in the country. The group will discuss global challenges, from climate change and nuclear disarmament to regional security and extremism.

Zedillo will travel to China as a member of The Elders, a group of independent leaders who advocate for peace, justice, and human rights worldwide. The delegation to China will be lead by Mary Robinson, chair of The Elders and former U.N. high commissioner for human rights; Ban Ki-Moon, deputy chair of The Elders and former U.N. Secretary General; Lakhdar Brahimi, former foreign minister of Algeria and U.N. diplomat; Ricardo Lagos, former president of Chile; and Zedillo, who was president of Mexico 1994 to 2000.

Zedillo was appointed to The Elders in 2013. The group was founded by Nelson Mandela in 2007. Elders emeritus include former U.S. President Jimmy Carter and former U.N. Secretary General Kofi Anan.