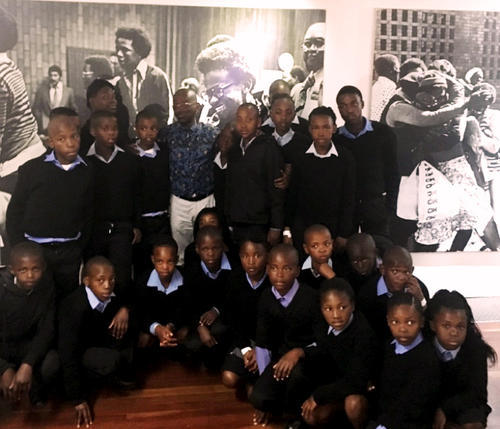 Vilakazi Street runs through the township of Orlando West, in Soweto, South Africa. At first glance it’s not very impressive, one could walk from one end to the other in ten minutes. Yet no other street in the world shares this distinction: Vilakazi Street is home to two Noble prize winners, Nelson Mandela and Desmond Tutu. And it’s where, on June 16, 1976, thousands of Soweto’s school children marched to protest the apartheid government of South Africa’s demand that Black schools use Africaans as the language of classroom instruction. At the corner of Vilakazi and Moema Streets, Hector Pieterson was shot down by South African policemen, one of many students to die on that day, in what came to be known as the Soweto Uprising.

The Hector Pieterson Museum is two blocks from Vilakazi and Moema. I am there to see Seth Mazibuko, one of the organizers of the Soweto Uprising. It’s late September, springtime in South Africa, and the Jacaranda trees are in bloom. Mr. Mazibuko and I had met a year earlier, in July, 2018, when Yale professor Dan Magaziner arranged to have him speak at the Gilder Lehrman Center’s Transatlantic Histories workshop, a program held at the National Apartheid Museum in Johannesburg to bring together history teachers from Connecticut and Johannesburg to study our two countries’ troubled histories, and to struggle with those histories through classroom-to-classroom projects and conversations. One year after that meeting, the same group of teachers reunited for a workshop at Yale University focused on the “Black Struggle for Freedom and Justice.”

When Seth enters the museum, he’s greeted with respect and affection by staff members, tour guides, and visitors. Teachers and their students gather around him to pose for photos and listen to his stories. The same is true when we walk down Vilakazi Street. It’s a rare and humbling thing to be in such close proximity to a national hero, and all the more impressive to see how he responds to all this attention – with humility, humanity, and generosity. 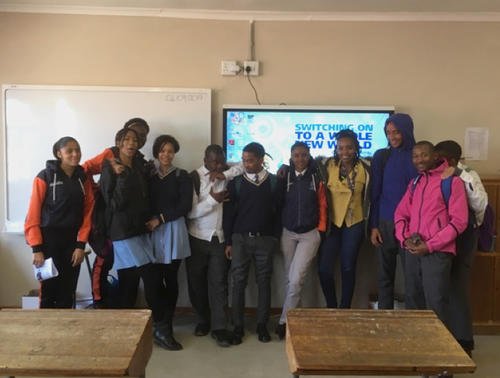 I’d returned to South Africa to attend a conference organized by the South African Society for History Teaching, where I participated in a panel with Marjorie Brown, one of our Johannesburg teachers. There we introduced the Transatlantic Histories program and Ms. Brown called for the creation of a similar series of professional development workshops for South African history teachers. I was in South Africa as a courier, as well, delivering books, gifts, and letters, from Connecticut teachers and their students to their partners in South Africa, and receiving the same to bring back to Connecticut. And I was there to formally invite Mr. Mazibuko to join us in New Haven for the Gilder Lehrman Center’s Transatlantic Histories symposium, scheduled for May 1-3, 2020. The symposium is co-sponsored by the Council on African Studies and made possible in part through funding from the Edward J. and Dorothy Clarke Kempf Memorial Fund.

In 1976 Seth was a 15-year-old student at Orlando West Junior Secondary School. That year Seth and students from schools throughout Soweto had been organizing boycotts against the imposition of Afrikaans, and on June 13th a mass meeting was held, which Seth and some two to three thousand other students attended. “It is when for the first time, students from different schools, Black schools, met for the first time. Where I was then elected the Deputy Chairperson of the action committee that planned and led June 16th,” Seth told me. 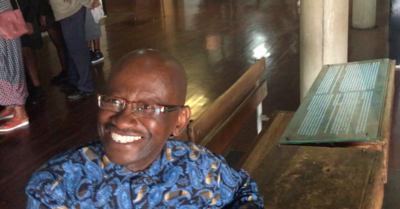 Seth leads me to a deep window, cut out of the museum’s concrete wall, where we can see Vilakazi Street before us and Orlando East in the distance. It is a quiet Wednesday afternoon, and there is scarcely any traffic on the famous street. Seth points out the route the June 16th student protest took, and his thoughts turn to that day and what it had meant to him and to so many of his friends.

Always the pain. Always. I always say that, whenever I come to a place like this. You know, it’s a terrible story. In 1976 I led students and children out of the classroom to be killed. And all the time I am asked, what is it I feel guilt about? It is that I’m guilty. That maybe they were supposed to be still in the classroom. And that maybe they were supposed to be grandfathers and it’s like I killed them. And it’s still painful. And I think the only way I can pay back, it is by having to make sure that the grandchildren go back to the classroom and get a quality education and make those who bought their freedom with their blood, make them proud.

Soon after the uprising, Seth Mazibuko was arrested by the apartheid security police and kept in solitary confinement without trial for ten months, under Section 6 of the apartheid government’s Terrorism Act. When released, he returned to his work as an anti-apartheid activist, but in October, 1977, he was re-detained and kept in solitary confinement at the notorious Number Four Prison, now a national museum, part of Johannesburg’s Constitution Hill. In April, 1978, he was charged and appeared with ten other student leaders in the “Soweto Eleven” trial. Seth was one of four leaders who were eventually convicted. Seth was sentenced to seven years of prison and transported to Robben Island.

Since his release Mr. Mazibuko dedicated himself to education and the rights of young people in South Africa. He designed and led curriculum programs for students who, under the apartheid regime, had been expelled from school for their political activities. He established schools for older students, including some who had returned from exile following the fall of apartheid. He has spoken on the role of youth leadership in struggles against injustice, has worked with the South African Human Rights Commission on conflict resolution and combatting xenophobia, and has developed educational programming on history and heritage. Mr. Mazibuko is currently working with the Nelson Mandela Children’s Fund and South African youth activists on the development of a Children’s Manifesto on the rights of young people. (Mrs. Sibongile Mkhabela, the Chief Executive Officer of the Nelson Mandela Children’s Fund, was also one of the Soweto Eleven.)

The Gilder Lehrman Center has invited Seth Mazibuko to be the keynote speaker at our Transatlantic Histories symposium, which will take place on May 1-3, 2020 at Yale University. We’ll also be inviting teachers from our Johannesburg project and our Sierra Leone project, which, organized in a similar way to the Johannesburg project, matches history teachers in Connecticut and Sierra Leone. At this symposium, teachers from the United States, Sierra Leone, and South Africa will present some of their collaborative projects, and we’ll discuss plans to further engage with our transatlantic partners. In addition, we will be making a case for sustaining and expanding upon this program through school-to-school and district-to-district partnerships.

As Seth and I leave the Hector Pieterson Museum we run into a guide, who embraces Seth and proudly introduces him to his two clients, telling them of the years Seth spent on Robben Island. When asked whether he’d met Nelson Mandela there, he explains that, no, he was placed in the klipgooiers section of the prison, an Afrikaans word for “stone throwers.” With a smile, he says 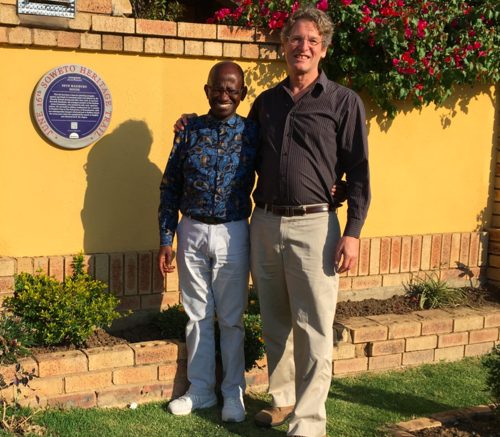 Thomas Thurston is the director of education and public outreach at the Gilder Lehrman Center for the Study of Slavery, Resistance, and Abolition at the MacMillan Center, Yale University. The Transatlantic Histories project was funded by a grant from the Robina Foundation.