From Biafra to Birkenau: Semitism, Philo-Semitism, and Anti-Semitism in Nigeria 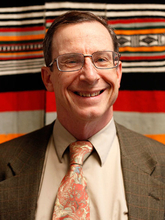 The Benjamin (Yale 1962) and Barbara Zucker Lecture Series
“Can there be anti-Semitism where there are (almost) no Jews?” This question is rarely posed regarding Africa. In Nigeria, however, three factors bifurcate philo-Semitism and Zionism on the one hand and anti-Semitism on the other: 1) a longstanding religious divide between a mostly Muslim north and a predominantly Christian south; 2) the resurgence of a Biafran secessionist movement spearheaded by Igbos; and 3) the spontaneous generation of dozens of increasingly embattled Igbo communities who are practicing rabbinic Judaism.