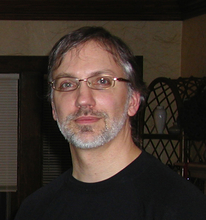 A recent turn in the study of late medieval Chinese muzhiming has been to consider not simply what information they communicate but also how, why, and to whom, and how answers to these questions can inform our understanding of that period’s commemorative practices. In this talk, I analyze muzhiming as textual and material objects produced through processes of “collaborative remembrance,” as coming into being due to the shared efforts and remembrances of multiple parties. In the first part of my talk, I discuss what close examination of the muzhiming as a material object reveals about how muzhiming were produced and used. In the second part, I discuss examples of collaborative remembrance found in or around the muzhiming text: multiple authorship of a single text, the use of diverse written sources and oral testimony to construct the memory of the deceased, and the distribution of a subject’s memory across commemorative genres. I propose in conclusion that understanding muzhiming as examples of collaborative remembrance makes it possible not only to more clearly delineate their various audiences and aims, but also to better understand commemorative practices more generally in late medieval China.
Alexei Kamran DITTER (Ph.D., Princeton) is Associate Professor of Chinese at Reed College. His research explores interactions between social and textual practices in late medieval Chinese literature, focusing on questions of place, genre, and memory. His publications include articles and book chapters on twentieth-century literary histories of the Tang, civil examinations and cover letters in late-eighth-century China, conceptions of urban space in Duan Chengshi’s 9th c. Records of Monasteries and Stupas, and the commercialization of funerary writing in the mid- to late-Tang. A strong believer in collaborative and cross-disciplinary research, in recent years he has, with Jessey J.C. Choo and Sarah M. Allen, co-edited Tales from Tang China: Selections from the Taiping guangji (2017), co-authored, with Jessey J.C. Choo, an article on Shangguan Wan’er (664–710), and co-translated, with his student Jake Buck, a selection of humorous anecdotes from the 6th c. anthology Qiyan lu (“Tales to Crack a Smile”). He is currently completing a monograph studying genre and memory in late medieval China and co-editing, with Jessey J.C. Choo, an anthology of late medieval entombed epitaphs. His research has been supported by multiple fellowships, most recently a Fellowship at the Morphomata Center for Advanced Studies in the Humanities at the University of Cologne in 2019.