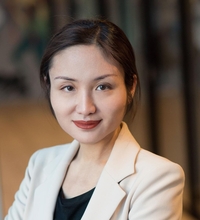 Why are perennially entrenched institutions so hard to reform? This talk proposes a novel theory of institutional rebound for difficult reforms. It untangles reforms in China’s state-owned enterprises, which aimed to break the “iron institutions” in leadership, employment and wages and introduce competition. I argue that the reforms triggered the emergence of informal institutions, which eroded the new rules and allowed previous institutions to bounce back. When actors had denser political connections, their active manipulation helped the vested interests to design rules to maintain privileges. When they had fewer political connections, they used passive resistance to penalize the reformers or divert the reform agenda. These mechanisms of institutional rebound occurred across institutions and varied by sector and over time. The talk seeks to go beyond discussion of property rights and highlights the implementation of institutional change. It triangulates data by combining in-depth interviews, secondary sources, and topical modeling of newspaper and journal articles across three decades.
Ling Chen is Assistant Professor in the School of Advanced International Studies at Johns Hopkins University. She is also affiliated with the Fairbank Center at Harvard University as an Associate in Research and is a 2021-2022 Wilson China Fellow at the Woodrow Wilson Center. Her research interests lie in political economy and state-business relations in China, especially the political, coalitional and institutional origins of economic, tax and industrial policies. Her first book Manipulating Globalization: The Influence of Bureaucrats on Business in China, was published by Stanford University Press. Her articles have appeared or are forthcoming in American Journal of Political Science, International Studies Quarterly, World Development, China Journal and other journals.