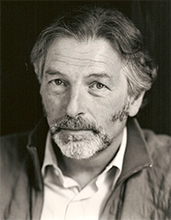 Polish painter and writer Józef Czapski lived into his ninety-seventh year, embodying the complex contradictions of the entire twentieth century. Having been witness to both Russian Revolutions of 1917 as well as the fall of communism seventy-two years later, he lived a life darkened by events but illuminated by his unquenchable appetite for the visual world. This talk will consider Czapski as civilian and soldier, as prisoner-of-war in the Gulag, but will focus primarily on the life of a painter, richly illustrated with images he drew and painted to sustain himself over many decades.
Writer, translator, and painter Eric Karpeles observes and describes the relationship between the visual and the verbal. He is the author of Paintings in Proust and a trio of books inspired by Józef Czapski: Lost Time, a series of lectures; Almost Nothing, a critical biography; and An Apprenticeship of Looking, an artist’s monograph. His translations include Proust’s Overcoat from the Italian and Czapski’s Lost Time: Lectures on Proust in a Soviet Camp from the French. A fellow of the Czeslaw Milosz Institute at the Claremont Colleges, Karpeles has given the Amon Carter Lecture on the Arts at the Harry Ransom Center in Austin and spoken on Proust at Berkeley and the Boston Museum of Fine Arts. He studied at the Art Students League of New York as a boy and was awarded a residency at the Cité des Arts in Paris as a young man.