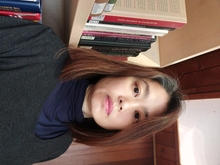 This talk analyzes the current political predicament of Hong Kong by examining “Nightmare Wallpaper,” an art project composed of the automatic drawings by local artist Pak Sheung Cheun when he was attending the court cases of some political activists on trial. He subsequently transformed them into wallpaper prints, a series of installation arts, and a book. This political work, which is also very private, honestly demonstrates the artist’s intense struggles along with despair felt by many in the city. It is both a work of abjection and intersubjectivity, with no naïve expectation to reconcile the tensions between them or the political impasse in Hong Kong. It shows, rather, a determination to participate in an uncertain future, combining the artist’s and the city’s capacity of meaning-production and imagination. It also reveals how this artist, along the protest communities, struggles to overcome binary thinking through an affirmation of becoming.
Laikwan PANG is Professor of Cultural Studies in the Department of Cultural and Religious Studies, the Chinese University of Hong Kong, and she is currently 2021-2022 CUHK-CASBS fellow at Stanford University. She is the author of a few books, including The Appearing Demos: Hong Kong During and After the Umbrella Movement (Ann Arbor: University of Michigan Press, 2020), The Art of Cloning: Creative Production during China’s Cultural Revolution (London and New York: Verso, 2017), Creativity and Its Discontents: China’s Creative Industries and Intellectual Property Rights Offenses (Durham and London: Duke University Press, 2012), and The Distorting Mirror: Visual Modernity in China (Honolulu: University of Hawai’i Press, 2007).