Should I Stay or Should I Go? Candidate Behavior in Modern Japan 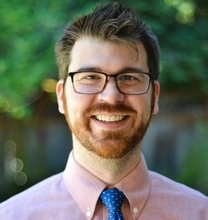 Since the collapse of the Democratic Party of Japan In 2012, Japan’s party system has been In a state of flux. Party switching, party mergers, and new parties rising and falling characterize electoral competition for Japan’s opposition. Amid all the chaos, some candidates stick with their party, some switch parties, and some leave politics altogether. What drives politicians to make these choices? Using multinomial logit, I find that party mergers and elections with greater fragmentation of the vote drive more politicians out of politics.
Jordan Hamzawi is a postdoctoral fellow at Harvard University where he studies parties, candidates, and elections with an emphasis on Japan. He received a B.A. in International Relations of East Asia and a B.A. in Japanese from Brigham Young University, an M.A. in Japanese Studies from the University of Michigan, and a Ph.D. in Political Science from the University of California, Davis. His recent research focuses on candidate party affiliation and how parties and candidates appeal to voters through policy and valence.