Transformation and Upgrading of China’s Manufacturing Sectors: The Divergent Paths of Jinjiang’s and Putian’s Footwear Industries 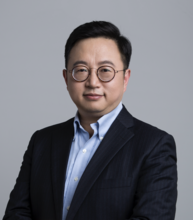 Jinjiang and Putian are two prosperous industrial powerhouses in Fujian province in China with footwear industry being a pillar industry in both cities. While Jinjiang is known as the “the Footwear Capital of China” with domestic brands like Anta featured prominently in Olympic games, Putian gains the international notoriety as “the Capital of Footwear Knockoffs”. Built on a multifaceted framework of globalization, institutions, and path dependence, this talk examines the processes and reasons why the footwear industries of the two cities have taken such divergent paths. Implications of this case study for the evolution of China’s manufacturing industries will be discussed.
Lu Zheng is Associate Professor of Sociology, RONG Professor of Data Sciences, Faculty of Schwarzman College in Tsinghua University and currently a visiting scholar to Harvard-Yenching Institute. He has a PhD in sociology from Stanford University and his research focuses on government and business relationship, stratification, and computational social science. His papers appear in Strategic Management Journal, British Journal of Sociology, Social Forces, China Quarterly, Telematics and Informatic, and Management and Organization Review, etc. He has won international and national best paper awards in several disciplines including sociology, management and communication.