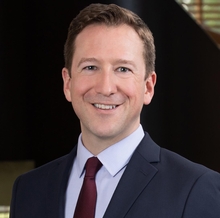 Single-party dominance in democracies is an unresolved puzzle in comparative politics, and no case is more extreme than Japan, where the Liberal Democratic Party (LDP) has dominated elections for more than six decades. Can the LDP’s success be attributed to voters’ support for its policies? To examine this question, we introduce a novel approach to measuring voters’ utilities from parties’ policies through a conjoint survey design and apply this measure to test the theoretical implications of spatial voting models. We find that voters’ policy preferences are positively associated with their party choices. However, the LDP enjoys a strong advantage in terms of valence––a vote-mobilizing attribute that is independent of policy––over other parties despite proposing policies that are, on average, less popular. These findings provide new empirical evidence of the roles of policy and valence in electoral competition in multidimensional issue spaces and help explain the LDP’s ongoing dominance in Japanese politics.——————-Daniel M. Smith is the Gerald L. Curtis Visiting Associate Professor of Modern Japanese Politics and Foreign Policy in the Department of Political Science and School of International and Public Affairs at Columbia University. His research focuses on political representation in democracies such as Japan, especially how institutions such as electoral systems affect voting behavior and the demographic backgrounds and behavior of political elites.——————-This series is sponsored by the Japan Foundation.