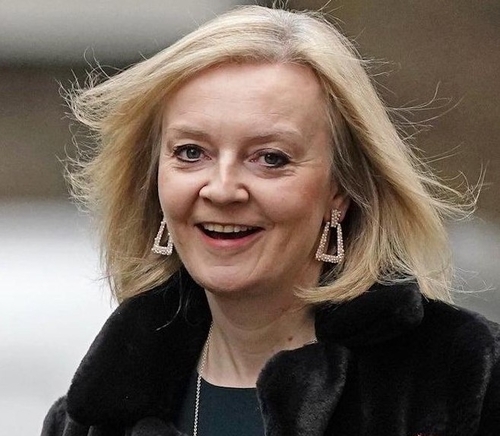 On Saturday, Lord David Frost, the British Cabinet Office Minister and co-chair of the Joint Committee that oversees implementation of the EU-UK Withdrawal Agreement and, in that capacity, the UK’s lead negotiator in regard to the difficulties that have arisen in the movement of goods from Great Britain to Northern Ireland, tendered his resignation to Prime Minister Boris Johnson. In his letter to Johnson, Frost noted that, recognizing that building a new relationship with the EU will be a “long-term task,” they had agreed earlier this month that he would “move on in January and hand over the baton to others to manage our future relationship with the EU.” It was because that plan became public Saturday evening that he decided it best “to step down with immediate effect.”

Noting that “the challenge for the Government now is to deliver on the opportunities it gives us,” Frost said, “You know my concerns about the current direction of travel. I hope we will move as fast as possible to where we need to get to: a lightly regulated, low-tax, entrepreneurial economy, at the cutting edge of modern science and economic change….We also need to learn to live with Covid and I know that is your instinct too. I hope we can get back on track soon and not be tempted by the kind of coercive measures we have seen elsewhere.”

Johnson responded in a letter expressing his sorrow that Frost was resigning and his gratitude for Frost’s work in getting Brexit done, first as his EU Sherpa in ensuring the UK’s withdrawal from the EU on January 31, 2020, then as chief negotiator in securing the Trade and Cooperation Agreement with the EU that took effect on January 1, 2021, and then, after joining the Cabinet in March as Minister of State in the Cabinet Office, in highlighting and seeking to address “the destabilizing impact the current operation of the Northern Ireland Protocol is having on communities in Northern Ireland, which is undermining the Belfast (Good Friday) Agreement and the territorial integrity of this country.”

Frost’s resignation was one more piece of bad news for Johnson in a week of bad news—one in which the rate of Covid infection, driven by the Omicron variant, soared to record levels; 101 Tories in the House of Commons voted against the government’s “Plan B” proposal requiring a National Health Service pass for entry into nightclubs and large events; a 2020 Christmas party in Downing Street that violated the lockdown restrictions in effect at the time is being investigated; and the Conservatives lost a by-election in North Shropshire for a seat they had held since the 1830s and had won with a 23,000 vote majority two years ago. Taken together, the events of the week cast a “fin du régime” pall over the Johnson government, notwithstanding the Tories’ 80-seat majority in the House.

On Sunday, Johnson’s office announced that Foreign Secretary Liz Truss will take over ministerial responsibility for the UK’s relationship with the EU with immediate effect and will serve as the UK’s lead negotiator on the Protocol, its co-chair of the Joint Committee that oversees implementation of the Withdrawal Agreement, and its co-chair of the Partnership Council that oversees implementation of the EU-UK Trade and Cooperation Agreement. Although having served as Foreign Secretary only since September, Truss brings considerable ministerial experience to her new responsibilities; she served as Secretary of State for the Environment, Food and Rural Affairs in 2014-16, Secretary of State for Justice in 2016-17, Chief Secretary to the Treasury in 2017-19, and Secretary of State for International Trade from 2019 until her appointment as Foreign Secretary in September. Chris Heaton-Harris, who has served as Minister of State for Transport since Johnson became prime minister in 2019, was appointed  Minister of State for Europe and will deputize for Truss as necessary on EU and Protocol matters.

It’s still unclear precisely why Frost and Johnson agreed earlier this month that Frost would step down from his position, especially since he was on the cusp of an important agreement with the EU that would ensure the continued supply of medicines produced in Great Britain to Northern Ireland and by all accounts had a good working relationship with European Commission Vice President Maroš Šefčovič, the EU’s chief negotiator in the talks concerned with the difficulties in the movement of goods from Great Britain to Northern Ireland the UK attributes to the Protocol. Some have speculated it may have been caused, at least in part, by Johnson’s reluctant acceptance of the fact that the EU will not renegotiate the Protocol’s assignment of ultimate authority in regard to its implementation to the European Court of Justice. But whatever the reason, the appointment of Truss and Heaton-Harris makes good sense; for one thing, it shifts responsibility for the negotiation from what has often seemed like an ad hoc one-man operation in the Cabinet Office to two experienced senior ministers who are responsible for the overall relationship with the EU and can draw upon the considerable resources and expertise of the Foreign Office.