The future of Afghanistan 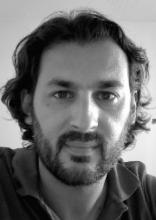 On September 9, the Council on Middle East Studies (CMES) at the MacMillan Center hosted Naysan Adlparvar for a talk on the future of Afghanistan after the United States withdrawal in September 2021. Adlparvar has been a Postdoctoral Fellow at both the MacMillan Center (2016-2018) and the Anthropology Department (2018-2020) at Yale. He currently works for the United Nations Development Program’s Crisis Bureau. His talk, “Usurping the Afghan State: The Return of the Taliban, Humanitarian Crisis and Implications for International Engagement,” was moderated by CMES Chair Marcia Inhorn. (View Lecture)

Adlparvar began his talk by offering a fine-grained narration of the summer’s resurgence of the Taliban and their rapid return to power. “It goes without saying that to everyone, including the Taliban, this was extremely rapid and unexpected, and we saw that in terms of the response of the U.S. and the withdrawals that took place,” Adlparvar said.

According to Adlparvar, there were four main strategic factors that contributed to the Taliban’s stunning success: first, the Taliban’s shrewd focus on northern areas that had been historically more resistant to the government in Kabul; second, its general emphasis on using “diplomatic rather than military means” to take over the Afghan government’s diplomatic posts and strategic capitals; third, endemic corruption in the Afghan government, which undermined trust and led to widespread desertions throughout the military; and finally, Afghan President Ashraf Ghani’s long-running lack of attention to the country’s major warlords and militias, which “worked against him when it came time to rely on and mobilize them against the Taliban.”

As for the United States’ role in the Taliban takeover, Adlparvar argued that there were several “key failures” worth noting. Adlparvar argued that the withdrawal itself was “definitely too rapid a process.” President Trump’s initial signaling that the U.S. wanted to get out of Afghanistan indicated to the Taliban “that they just had to play the game of peace negotiations, and not do anything to upset the U.S. so they would continue the withdrawal,” while making no real concessions. President Biden also blundered by timing the withdrawal to coincide with the summer fighting season. Additionally, Biden’s July withdrawal from Bagram air base “resulted in a loss of an asset that could have been used for defense purposes and to aid the evacuations,” Adlparvar argued. Finally, Adlparvar criticized the U.S. decision to give the Taliban a list of American citizens, green card holders and Afghan allies—which some have called a “kill list”—in an attempt to expedite their evacuation. That said, Adlparvar admitted that the evacuation of over 100,000 American citizens, other foreign nationals, and vulnerable Afghans over the last two weeks in August was “an unbelievable feat given the security challenges.”

Next, Adlparvar briefly offered his assessment of the new Taliban government. “Despite calls for inclusivity, the Taliban have essentially put into place senior leadership which are all ‘old guard’ Talibs,” he said, noting that the leadership is comprised mostly by Pashtuns, a number of whom are on UN sanctions and U.S. terror lists. He also cited the return of the Ministry of Vice and Virtue and the abolition of the Ministry of Women’s Affairs as signs of where the Taliban government is likely headed.

The second half of Adlparvar’s talk took a step back to survey the broader situation in Afghanistan and to predict where things might go in the next few years. “Afghanistan is already experiencing a humanitarian crisis, which is going to significantly deteriorate over the coming days and months and years,” he said, noting that one in three Afghans is currently food insecure and 72 percent of the country lives below the poverty line. “These are astounding numbers to have to deal with.” The humanitarian crisis, he said, has been further exacerbated by massive internal displacement caused by the conflict, as well as by climate change.

In addition to the humanitarian crisis, the country is also facing a dire economic crisis, due in large part to the suspension of international financing and the withdrawal of aid precipitated by the Taliban takeover. “The banking sector, which was at the heart of the Afghan economy, is essentially in crisis,” Adlparvar said. The country is currently experiencing currency depreciation, soaring prices of basic goods and medicines, reductions in incomes, and rising unemployment. “There are no funds currently available to support the mid-to-long-term functioning of government or the delivery of public services,” Adlparvar concluded.

Adlparvar then considered the international response to the rise of the Taliban. Currently, the G7 countries are using the threat of imposing sanctions on Afghanistan to pressure the Taliban to form an inclusive government, make concessions on the rights of women and girls, and commit to giving up terrorism. “For a number of reasons, this is unlikely to succeed,” Adlparvar predicted. “Seeking to isolate the Taliban with further sanctions is unlikely to work, partly because Pakistan, Russia, and particularly China are poised to fill the vacuum created by the departure of the U.S. and Western allies.”

Additionally, Adlparvar argued that the U.S. and other Western countries “have an imperative to help the Afghan people based on the grave situation they’ve been left in and the humanitarian and economic challenges to come.” Yet that obligation poses “ethical and operational challenges,” as it risks aiding the Taliban government instead of the Afghan people. “Even if you’re working at very direct, local levels to stave off hunger or alleviate poverty, you’re still essentially removing obstacles in the Taliban’s way and propping up the functioning of their government,” Adlparvar said.

At the end of his talk Adlparvar posed three big questions: (1) “Is this a new Taliban?” (2) “Was the return of the Taliban inevitable?” and (3) “Was it all for nothing?”

To the second question, Adlparvar answered with a “categoric no.” While he acknowledged that “there have been major failures over the past two decades,” he argued that much could have been done differently to avoid the current debacle, such as including the Taliban in the initial political settlement after the U.S. invasion, eliminating waste and corruption in aid delivery, and focusing on the alienated rural areas that ended up forming the bedrock of Taliban support.

Finally, in response to his third question, Adlparvar argued that we need to consider “the counterfactual of what would have happened if the Taliban were in power for the past two decades” and how many lives would have been lost in such a scenario. Additionally, Adlparvar encouraged the audience to consider the “two decades of freedoms and opportunities and exposure to new ways of thinking that the Afghan people have experienced.”

“Pandora’s box has been opened, and the Taliban are going to have to deal with that new awareness in whatever they do moving forward,” he concluded.

Written by Jack McCordick, who is a senior in Yale College majoring in Humanities.