Gikandi on African literature in the world 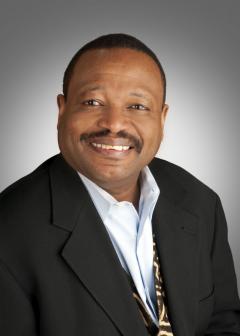 On June 15, Simon Gikandi, Robert Schirmer Professor of English at Princeton University, gave a keynote lecture on “African Literature in the World: Imagining a Post-Colonial Public Sphere” at the 2017 African Literature Association (ALA) Conference taking place at Yale University from June 14-17. (view video)

He is the author of many books and articles, including Writing in Limbo: Modernism and Caribbean Literature, Maps of Englishness: Writing Identity in the Culture of Colonialism, and Ngugi wa Thiong’o, a Choice Outstanding Academic Publication for 2004, and co-author of The Columbia Guide to East African Literature in English Since 1945. His book, Slavery and the Culture of Taste (2011) focuses on how the violent exploitation of African enslavement actually shaped European theories of taste, beauty, and high culture. Slavery and the Culture of Taste has since become the co-winner of the MLA’s James Russell Lowell Award and of the Melville J. Herskovits Award for the most important scholarly work in African studies published in English. He edits for The Cambridge History of African and Caribbean Literature, theRoutledge Encyclopedia of African Literature, and most recently for Vol. 11 of The Oxford History of the Novel in English: The Novel in Africa and the Caribbean Since the 1950s (2016). Gikandi served as editor of the PMLA, the official journal of the Modern Languages Association (MLA), for five years (2011-2016). In December 2016, Gikandi was elected 2nd Vice-President of the Modern Languages Association (MLA) and is slated to become President of the Association in 2019.