John Campbell on Nigeria and the Nation-State: Rethinking Diplomacy with the Postcolonial World 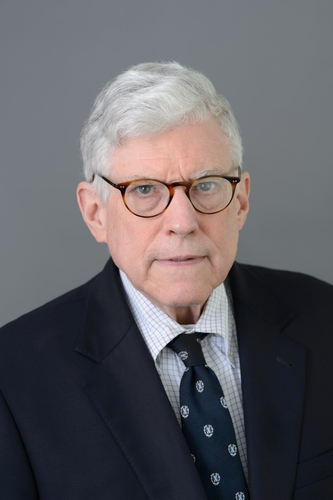 On March 3, the Council on African Studies hosted career foreign service officer John Campbell, who currently serves as the Ralph Bunche senior fellow for Africa policy studies at the Council on Foreign Relations, for a talk on his new book, Nigeria and the Nation-State: Rethinking Diplomacy with the Postcolonial World. The talk was moderated by Casey King, Director of the Capstone Program at the Jackson Institute for Global Affairs. (View Lecture)

Campbell, who served as U.S. ambassador to Nigeria from 2004 to 2007, began by contextualizing his book as a warning to American policymakers against repeating “the same mistakes in Africa as they did in Vietnam and in Afghanistan and Iraq, which have led to some twenty years of warfare.” Because of its complex history and local political traditions, Campbell argued, the continent “doesn’t lend itself to a good versus evil analysis that so often distorts American policy.”

Historically, Campbell argued, Africa has largely been a “marginal” diplomatic preoccupation of the United States, in part because the United States was never a colonial power in the continent and because its economic interests in Africa have been much smaller compared to those in East Asia, Europe, and Latin America. Over the last half-century, he continued, American policy toward Africa—which has emphasized economic development, security, and keeping the continent insulated from great power rivalries—has enjoyed bipartisan support and has remained largely unchanged, even after the Trump administration’s attempted cuts to U.S. foreign aid efforts.

Yet over the coming decade, Campbell argued, Africa is likely to become much more crucial to American foreign policy interests in ways that will require a reinvigorated diplomatic approach. Campbell then offered four reasons for this likely change: “demography, disease, security, and the potential for enlarged markets and increased investment.”

Demographically, Africa’s population is growing extremely rapidly and outpacing its industrial and agricultural capacity, which means that many African populations are likely to get poorer over the coming decades. In addition to the looming threat of climate change, Campbell concluded that it is “hard to imagine that massive migration flows out of Nigeria and West Africa won’t happen.” Given the recent migration-related catastrophes in the Mediterranean and on the U.S. Southern border, Campbell argued that that United States should make responding to these likely future changes a top priority.

Africa’s rapid population increase, moreover, is leading to land-use changes such as deforestation that dramatically increase the likelihood that pathogens will jump from animals to humans, creating the potential for disastrous disease outbreaks like HIV/AIDS and Ebola. “We have to anticipate that in the future there will be more instances of this sort,” Campbell said, adding that “as we all know from the current pandemic, disease cannot be corralled into a single country or even a single continent.”

Third, Campbell argued that the growth of jihadism in the Sahel region has generated a serious risk that “the region will become a safe haven for militant groups, rather similar to Afghanistan.” At present, Campbell said that those groups do not pose a serious security threat to the United States, “though that could certainly change in the future.”

Finally, due to the United States’ booming tech industry, there is a growing economic emphasis on strategic minerals, many of which, Campbell noted, come from Africa. Given that the industry is likely to continue to grow, Campbell argued that he anticipates the continent “will be the focus of more American economic interest in the future.”

Having laid out these four reasons for increased American diplomatic attention to the continent of Africa, Campbell then turned to his book, which focuses on Nigeria. Though he admitted that there are clearly important differences between Nigeria and other countries and regions in Africa, Campbell argued that “a close study of Nigeria reveals profound tensions between the Nigerian state and its governing elite and the masses of its people, and those insights may well help us to understand what’s going on in certain other post-colonial societies.”

Campbell explained that Americans mostly do not understand societies like Nigeria very well, and that a “potential route of our lack of understanding is wrapped up in the concepts and language that we use to think about them.” In particular, Campbell singled out the use of the concept of the “nation-state” as one that does not fit the post-colonial African world well at all. Due to its mix of different religions and ethnic identities, he explained, most Nigerians do not identify with the Nigerian state, the boundaries of which “were lines drawn on a piece of paper by European colonial powers based in London, Paris, and Berlin.”

Additionally, Campbell explained that Nigeria’s political culture is currently undergoing a period of profound transformation. Its post-colonial experience, Campbell argued, has been defined largely by the actions of “self-serving elites” who have been able to wrest enough control over the country’s natural resources, including and especially its oil reserves. That political culture is now coming under assault, Campbell explained, by the resurgence of jihadi radicalism and by assertions of ethnic identity, all abetted by the slow decline of central government authority.

Despite this “bleak” situation, Campbell argued that “Nigeria is too big and too important for us to ignore.” Yet the pressing diplomatic question remains: “How to maintain a relationship with an increasingly weak and absent government and a fracturing political system?” Unfortunately, Campbell argued that currently, “policymakers and diplomats are talking to the wrong people about the wrong things.” American diplomatic presence is centered exclusively around Abuja, Nigeria’s capital, and Lagos, its largest city, which has resulted in a lack of understanding about some of the most central issues facing the country at large, from the internal structure of Boko Haram, to the informal militias operating in the Niger Delta, to conflicts over land and water use. “If we are to understand what is really going on,” Campbell concluded, “We need a dialogue that is much closer to the ground. That requires a decentralized diplomatic presence.”

Campbell thus proposed that the United States reduce the size of its embassy in Abuja and consulate in Lagos and redirect resources toward establishing smaller offices scattered around the country. “Based on these branch offices,” he explained, “we would pursue a diplomatic strategy of outreach to religious and traditional opinion-makers,” who have access to a much broader spectrum of Nigerian society. Without that kind of soft diplomatic approach, Campbell concluded, the United States is likely to see a repetition of its historic failures in Vietnam, Iraq, and Afghanistan.